Ukraine announced on Sunday that it had taken over the town of Lyman, in the Donetsk region annexed by Russia, when the Russian Constitutional Court ruled legal the treaties of annexation of Ukrainian territories signed by Vladimir Putin. 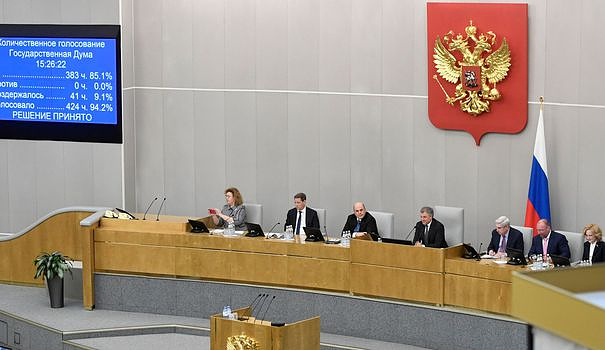 Ukraine announced on Sunday that it had taken over the town of Lyman, in the Donetsk region annexed by Russia, when the Russian Constitutional Court ruled legal the treaties of annexation of Ukrainian territories signed by Vladimir Putin. The Russian parliament will have to examine them, this Monday, October 3.

The announcement fell in the middle of the day: "Lyman is completely rid (of the Russian army). Thank you to our soldiers", welcomed Ukrainian President Volodymyr Zelensky in a video posted on social networks. Along with Lyman, Ukrainian forces also liberated the small settlements of Arkhanhelske and Myrolyubivka in the Kherson region, Reuters reported according to Volodymyr Zelensky.

The areas claimed by Putin as annexed just over seven months after Russia invaded its neighbor - Donetsk and Luhansk plus Kherson and Zaporizhzhia in the south - make up about 18% of Ukraine's total area.

A signing ceremony to much Kremlin fanfare on Friday with Russian leaders ensconced in the regions failed to stem a wave of criticism in Russia over the way its military operation is being handled.

The capture on Sunday by the Ukrainian army of the town of Lyman, an important railway junction in the Donetsk region (east) annexed by Moscow, poses a serious problem for the Russian forces, on the defensive and forced to establish a new line of forehead. In the east of the Kharkiv region (north-east), the railway network converges at one point towards the Kupyansk Vouzloviï station, then descends south towards Svatové, in the Lugansk region, annexed by Russia.

During the six-month Russian occupation, trains carried supplies over these rails to Moscow troops stationed further south, making this station a vital logistical hub for Russian military operations. But the situation has changed in recent days. The Ukrainian counter-offensive enabled kyiv to retake large swaths of territory in the region, forcing the Russians to withdraw.

The deputies return to the hemicycle on Monday with a debate on the situation in Ukraine, more tense than ever after Moscow's claim for the annexation of four regions. At 4 p.m., Prime Minister Elisabeth Borne is expected to open the discussion. The head of diplomacy Catherine Colonna could also intervene, according to those around her. The Ukrainian army entered Saturday in Lyman, a strategic city in eastern Ukraine, in the Donetsk region, whose annexation the day before by Moscow was strongly condemned by kyiv and the West.

This debate, organized under article 50-1 of the Constitution, will not give rise to a vote. The President of the Assembly Yaël Braun-Pivet has just returned from a trip to Ukraine with several parliamentarians from the majority and the Socialist Vice-President Valérie Rabault, to show "France's solidarity". In the hemicycle, the discussion promises to be lively, with the majority intending to challenge the RN, which it regularly accuses of being close to Russia.

A total of 417 Russian tourists arrived on the paradise island of Margarita in northeast Venezuela on Saturday after a seven-month hiatus due to air restrictions imposed on Russia after its invasion of Ukraine.

According to the Russian tour operator Pegas Touristik, which markets these stays, the tourists arrived on board a charter flight from the Russian airline Nordwind, which worked for months to establish a "neutral" route avoiding the spaces American and European air forces, still prohibited to Russian air force under Western sanctions taken after the entry of the Russian army into Ukraine.

The itinerary was "carefully" worked out with Russia's Federal Air Transport Agency to secure a series of permits that took "all summer", the Association of Tour Operators of Russia (ATOR) said. The plane was greeted by a salvo of water, as is tradition for the opening of a line. Most of the tourists got off the plane wearing coats, as the temperature in Margarita hovered around 32 degrees Celsius.

The capture by the Ukrainian army of the town of Lyman, a strategic node forming part of the regions where the Russian President, Vladimir Putin, had proclaimed the annexation the day before, "demonstrates that the Ukrainians are progressing and are able to repel the Russian forces “, said NATO Secretary General Jens Stoltenberg in an interview with the American television channel NBC broadcast on Sunday.

On the "Meet the Press" program, Jens Stoltenberg believed that continued military support for kyiv was the best way to retaliate against Moscow's annexation of several regions of Ukraine. He took the opportunity to recall that a recourse to nuclear weapons would have serious consequences for Russia.