How was this prize chosen? It must be high enough for Russia to have an interest in continuing to sell them oil, but lower than the price to limit the income it can derive from it. 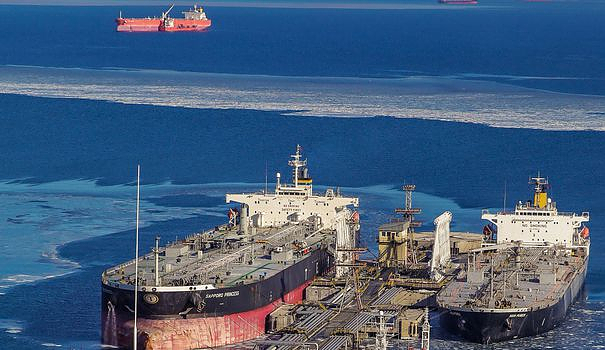 How was this prize chosen? It must be high enough for Russia to have an interest in continuing to sell them oil, but lower than the price to limit the income it can derive from it. The instrument proposed by Brussels plans to add a limit set at 5% below the market price, in the event that Russian oil falls below 60 dollars. The price of a barrel of Russian oil (crude from the Urals) is currently fluctuating around 65 dollars, barely above the European ceiling, implying a limited impact in the short term. But the instrument could be hardened in the future.

An embargo will apply from Monday by the European Union on Russian oil delivered by sea. Only oil sold by Russia at or below $60 can continue to be delivered. Beyond this ceiling, it will be prohibited for companies to provide services allowing maritime transport (freight, insurance, etc.). Currently, G7 countries provide insurance services for 90% of global cargo and the EU is a major player in sea freight - providing a credible deterrent, but also a risk of losing markets to competitors.

Russia, the world's second largest exporter of crude, had for its part warned that it would no longer deliver oil to countries that would adopt this cap. "We won't deliver anything if it's against our interests," Vladimir Putin warned in September. "Those who are trying to impose something on us are not in a position today to dictate their will to us," he said. Without this ceiling, it would be easy for him to find new buyers at the market price. Russia has earned 67 billion euros from its oil sales to the EU since the start of the war in Ukraine, while its annual military budget stands at around 60 billion.

Effective Monday, the EU's embargo on Russian oil by sea will cut two-thirds of its crude purchases from Russia. Germany and Poland having also decided to stop their deliveries via an oil pipeline by the end of the year, total Russian imports will be affected by more than 90%, say the Europeans.

The White House on Friday clarified Joe Biden's remarks the day before, insisting that the US president did not plan to discuss the invasion of Ukraine at this time with Vladimir Putin. Joe Biden said he was "ready to talk to Putin if he seeks a way to end the war", while noting that the Russian president had "not yet done so".

These remarks are the closest thing to a signal of openness from Washington for a dialogue with the Kremlin about the war in Ukraine. But Moscow "of course" rejected the proposal on Friday, understanding that it involved the departure of Russian troops from Ukraine, an option that Russia does not consider.

The United States said on Friday, December 2, it was "disappointed" by Moscow's decision to postpone a scheduled meeting with Washington on inspections under the New Start treaty, a key nuclear disarmament agreement. The American state denounced a Russian decision taken "abruptly and unilaterally".

A few days earlier, Russia had announced that it would not take part in the meeting initially scheduled for November 29 in Cairo, due to Washington's "hostility" and "toxicity". In August, Russia also announced that it was suspending planned US inspections of its military sites under the treaty, claiming to act in response to US obstacles to similar Russian inspections in the United States.

The New Start treaty is the latest bilateral agreement of its kind linking the world's two main nuclear powers. Signed in 2010, it limits the two countries' arsenals to a maximum of 1,550 deployed warheads on either side, a reduction of nearly 30% from the previous limit set in 2002.

The United States has added the Russian mercenary group Wagner to its blacklist of entities "of particular concern" for religious freedom, US Foreign Minister Antony Blinken said in a statement on Friday. There are already the Taliban, the Shebab of Somalia, or even Boko Haram.

For years Wagner has been suspected of playing a role in furthering the Kremlin's ambitions, including in Ukraine where fighters from the paramilitary group were on the front line during the offensive launched in February. According to Antony Blinken, the mercenary group was added "based on its actions in the Central African Republic", where nearly a decade of fighting has heightened tensions between Christians and Muslims.