War in Ukraine: massive new aid of 775 million US dollars

From defense to counter-offensive? According to US intelligence, Russian troops in Ukraine are no longer advancing, and are even retreating in places. 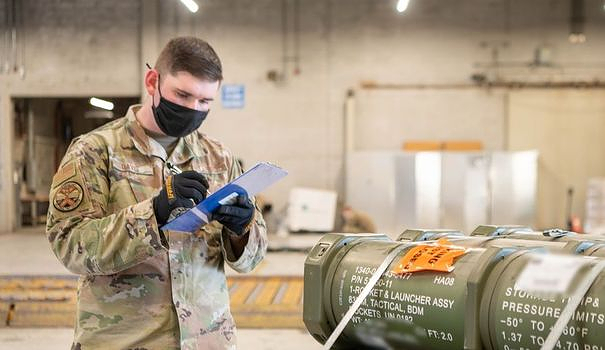 From defense to counter-offensive? According to US intelligence, Russian troops in Ukraine are no longer advancing, and are even retreating in places. A stalemate conducive to the counter-attack: kyiv will receive a new shipment of weapons from Washington, enough to "strengthen Ukraine's position at the negotiating table" declared the head of American diplomacy on Friday.

While the United States has so far ensured that it will only provide "defensive" weapons, the Pentagon official has hinted that the objective now is to help the Ukrainian forces in the counter-offensive they are preparing to resume. including the strategic city of Kherson, in the south of the country. At the same time, Putin has agreed to visit the nuclear power plant in Zaporijia, where numerous shootings have taken place, and a delegation of European mayors has pledged to come to the aid of Ukrainian municipalities when the time comes for reconstruction.

Russian forces are showing a "complete lack of progress on the battlefield" in Ukraine, a senior Pentagon official said on Friday, citing in particular the use by Ukrainian forces of US Himars missiles. "We have not seen any recapture of territory" by the Ukrainian forces, acknowledged this official who requested anonymity. “But we see a clear weakening of Russian positions in several places,” she added, as many Russian rear bases have exploded in recent days.

This slowdown is not synonymous with a cessation of fighting. On the contrary. In eastern Ukraine, Russian shelling continued on Friday, killing at least five people and injuring ten in several localities in the Donetsk region, one of the two provinces of Donbass, an industrial basin which is the priority strategic objective of Moscow. Kharkiv (north-east), the second city of Ukraine, has also been the subject of new strikes. The death toll is at least 15.

The United States announced on Friday a new tranche of military aid to Ukraine in the amount of 775 million dollars. It is intended to help kyiv to launch a counter-offensive in the South at a time when the Russian forces seem weakened. "These capabilities are carefully calibrated to make the most difference possible on the battlefield and to strengthen Ukraine's position at the negotiating table," US Foreign Minister Antony Blinken said at a press conference. .

This new tranche of aid includes additional missiles for US Himars precision artillery systems, which have "changed the game on the battlefield", a senior US Department of Defense official told reporters. The convoys also include MaxxPro anti-mine armored vehicles, intended for transporting troops in mined terrain, and Harm supersonic air-to-ground missiles, capable of destroying enemy radars. Since the beginning of the war, the United States has supplied 10.7 billion dollars worth of armaments to kyiv.

The European gas price reached a new closing record on Friday, boosted by the closure "for maintenance" of Nord Stream by the Russian giant Gazprom for several days. The difficulty of the European Union to amass sufficient reserves to be able to do without Russian exports during the winter without creating a shortage has caused the price of the Dutch TTF futures contract to rise to 257.40 euros, unheard of at the end of of session. While Gazprom has said gas supplies will resume after a shutdown from August 31 to September 2, the market remains nervous: the EU accuses Moscow of using gas as leverage in its invasion of Ukraine .

A situation that promises a European return under tension, even in France. "I am thinking of our people, who will need the strength of soul to face the coming times, to resist uncertainties, sometimes to ease and adversity and, united, to agree to pay the price for our freedom and of our values", warned Emmanuel Macron, during a ceremony for the 78th anniversary of the liberation of Bormes-les-Mimosas (Var).

European municipalities are committed to reconstruction. The mayors of the cities of Marseille, Lyon, Athens, Florence, Helsinki, Oslo, Riga and Tirana traveled to kyiv on Friday and ratified a memorandum of understanding "in the presence" of Volodymyr Zelensky, "for a sustainable reconstruction of Ukrainian cities ", according to a press release.

"Marseille is and will remain alongside the Ukrainian people and its twin Odessa (...). This initiative will allow better coordination of humanitarian aid circuits between European cities and Ukrainian cities", explained Benoît Payan, the mayor of Marseille, in the press release. Marseille has been twinned with the port city of Odessa for 50 years.

"Marseille knows the price of war, it knows that cities are the first level of reconstruction. What we have seen in Borodyanka, Bucha, Irpin forces us to mobilize more and show solidarity between cities. By acting together, we will be more powerful to help Ukraine when peace comes," he added.

Vladimir Putin on Friday accepted that the International Atomic Energy Agency (IAEA) send a mission to Ukraine's Zaporizhia nuclear power plant, the largest in Europe, saying he fears that the bombings could end up causing a "catastrophe of great scale", as part of a phone call with Emmanuel Macron.

At the same time, UN Secretary General Antonio Guterres, on a visit to Ukraine, asked Russia not to cut off from the Ukrainian network this power station that its army has occupied since the beginning of March, and which has become the target in recent weeks of strikes of which Moscow and kyiv accuse each other.