War in Ukraine: kyiv says it has regained control of 30 localities in the northeast

The Russian army sent reinforcements to the Ukrainian region of Kharkiv on Friday, September 9, in response to a breakthrough thanks to which kyiv says it has regained control of 30 localities in this border area with Russia. 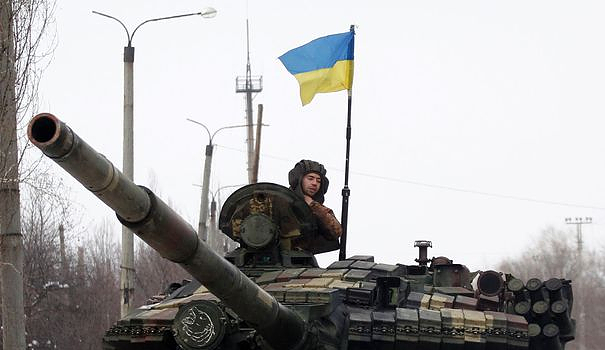 The Russian army sent reinforcements to the Ukrainian region of Kharkiv on Friday, September 9, in response to a breakthrough thanks to which kyiv says it has regained control of 30 localities in this border area with Russia. kyiv said on Thursday that it had regained some 1,000 km2 in recent days, in particular the city of Balaklia. "It's difficult, but we're making progress," Ukrainian army commander-in-chief Valery Zalouzhny said on Telegram.

Ukrainian President Volodymyr Zelensky announced on Friday that kyiv forces had retaken 30 localities from Russian troops in the northeast of the country, where Moscow has sent reinforcements to face this offensive.

"At present, the Ukrainian armed forces have liberated and taken control of more than 30 localities in the Kharkiv region", bordering Russia, Volodymyr Zelensky said in a video posted on social networks. "We are gradually taking control of new localities. We are bringing back the Ukrainian flag and protection to our citizens everywhere," he added.

The head of German diplomacy, Annalena Baerbock, arrived this Saturday, September 10 in kyiv for a surprise visit intended to "show" that Ukraine "can count" on the support of Berlin, announced the German Foreign Ministry. "I traveled to Kyiv today to show that they can continue to rely on us. That we will continue to support Ukraine for as long as it takes, with the delivery of weapons, with humanitarian support and financial," says Annalena Baerbock, quoted in a press release from her services. This is his second visit to kyiv since Russia invaded Ukraine in February.

In addition to financial and military aid, Germany intends to help kyiv to carry out mine clearance operations and to "shed light on the war crimes committed, in particular by sending experts, including a prosecutor", specifies the minister in the press release. "For me, it is clear that [Russian President Vladimir] Putin is counting on us getting tired of the suffering in Ukraine," she warns.

The UN Human Rights Council, which meets for a month on Monday, appears paralyzed by uncertainty over the course to follow in the face of allegations of grave violations in China and Russia. The highest UN human rights body regularly launches investigations into abuses committed around the world, but this seems more difficult to implement when it comes to China and Russia, two permanent members of the Security Council.

The NGOs have however redoubled their pressure on the Human Rights Council (HRC), pointing to the abuses committed in the Chinese region of Xinjiang and the intensification of the repression of civil society by the Kremlin following the Russian invasion of Ukraine. But building a majority in the CDH is not a game won in advance. “The way the Council builds its response will influence its ability to deal with the most serious situations in the years to come,” a European diplomat told AFP.

Inflation, which soared in Russia to a 20-year high in April, fell back below 15% in August for the first time since the start of Russian military intervention in Ukraine and the rain of sanctions that followed her. In August, the rise in prices stood at 14.30% year on year, down from July (15.10%), according to figures published by the statistics agency Rosstat.

The 27 EU finance ministers gave the green light on Friday to new aid of five billion euros to Ukraine to help it cope with the consequences of the war. This assistance in the form of a loan, proposed on Wednesday by the Commission, represents the second tranche of a maximum package of nine billion for 2022 announced in May by the President of the European executive, Ursula von der Leyen.

“The new €5 billion loan will be used for the day-to-day running of the (Ukrainian) state and the country's critical infrastructure, such as schools and hospitals,” Finance Minister Zbynek Stanjura said after a meeting in Prague with his EU counterparts. The Twenty-Seven had approved on July 12 a first aid of one billion euros within the framework of this "macro-financial assistance". This sum was paid at the beginning of August. Zbynek Stanjura promised to work "to obtain a rapid agreement on the provision of (these) three billion remaining euros".