War in Ukraine: kyiv calls on NATO countries to speed up the sending of aid

Ukraine on Tuesday called on NATO member countries meeting in Bucharest to speed up the delivery of weapons and electrical equipment. 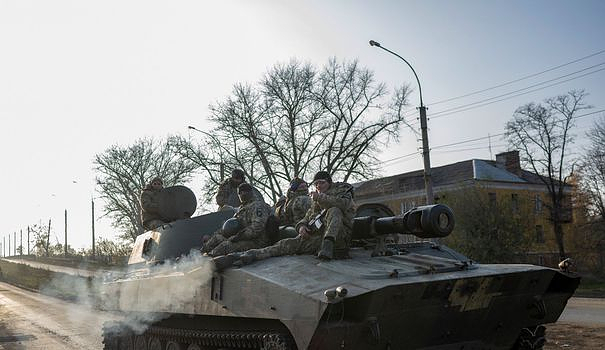 Ukraine on Tuesday called on NATO member countries meeting in Bucharest to speed up the delivery of weapons and electrical equipment. Objective: to help the country bruised by more than nine months of war to cope with the damage caused to its energy infrastructure by Russian bombing. France will grant a bilateral loan of 100 million euros to help Ukraine, the French Ministry of Economy and Finance announced on Tuesday. This financial assistance is in addition to a loan of 300 million euros granted in March.

Arriving in Washington on Tuesday evening, Emmanuel Macron begins a three-day state visit to the United States on Wednesday. The French president and his counterpart, Joe Biden, are expected to send a message of unity on Ukraine, promising to continue to support kyiv as much as necessary and explaining that negotiations with Moscow can only take place when the president Ukrainian, Volodymyr Zelensky, will deem it appropriate.

For his part, President Zelensky described as "difficult the situation on the front" on Tuesday evening. "Despite huge losses, the occupiers are still trying to advance in the Donetsk region, to gain a foothold in the Luhansk region and they are planning something in the south," he said. "But Ukraine will resist," he assured.

Ukraine on Tuesday called on the member countries of NATO meeting in Bucharest to speed up the delivery of weapons and electrical equipment to help the country bruised by more than nine months of war to cope with the damage caused to its energy infrastructure by Russian bombing.

Emmanuel Macron arrived in Washington on Tuesday evening for a state visit that will combine the pomp of the White House with strategic discussions with Joe Biden on the war in Ukraine and the trade protectionism of the United States.

Beyond trade issues, the American meeting should allow the presidents of the two allied countries to display their unity in support for Ukraine and, perhaps, to outline a common message in favor of the idea negotiations, in the long term, to end the war launched by Russia - a theme dear to the French head of state that some, in Washington, are also beginning to defend.

Greenpeace on Tuesday called on the French government to halt "uranium trade contracts" between France and Russia as deliveries continue despite the war, in the absence of international sanctions on Russian civilian nuclear power. In a press release, "Greenpeace calls for the definitive cessation of all nuclear trade with Russia".

The NGO also calls for "the termination of all current contracts between the French nuclear industry and Rosatom (the Russian giant, editor's note) as well as its subsidiaries, starting with the contracts concerning the trade in uranium between Tenex, a subsidiary of Rosatom, and respectively EDF and Orano".

“The continuation of nuclear trade with Russia, while the war in Ukraine is raging, is scandalous”, denounces Pauline Boyer, in charge of nuclear and energy transition campaigns at Greenpeace France.

After sanctions-related obstacles hitting Moscow, a first shipment of Russian fertilizer left the Netherlands on Tuesday for Malawi, Dutch customs and the UN said.

Some 20,000 tons of NPK chemical fertilizers - made from nitrogen, phosphorus and potassium - left Tuesday afternoon on board the MV Greenwich from the port of Terneuzen in the south-west of the Netherlands, according to officials.

Russian fertilizer exports, crucial for combating the food crisis, have long been paralyzed. Agricultural products and fertilizers are not subject to sanctions against Russia, but because of the risks linked to the conflict incurred in the Black Sea, shipowners no longer wanted to hire their ships for lack of insurers.

Estonia started Tuesday to put into circulation two million two-euro coins on which appears a design evoking Ukraine and will sell special editions to raise funds for this country at war.

"The two-euro coin dedicated to Ukraine will from today start reaching people all over Europe through stores," Estonian central bank governor Madis Muller said in a statement. . The piece was designed by Daria Titova, a Ukrainian refugee studying art in this Baltic country. It depicts a woman holding a bird next to an ear of wheat and the popular slogan "Glory to Ukraine".

One of the Belarusian opposition figures Maria Kolesnikova, who is serving an 11-year prison sentence in this former Soviet republic, was hospitalized in intensive care on Tuesday, according to her supporters.

One of the faces of the contestation of the regime of President Alexander Lukashenko after the presidential election of 2020, "Maria was hospitalized in intensive care in Gomel", in the south-east of Belarus, indicated in a press release the press service of Viktor Babaryko, another imprisoned Belarusian opponent of whom she was the right arm. According to the statement, Ms Kolesnikova, 40, was hospitalized on Monday.