War in Ukraine: how the European Union intends to train 15,000 Ukrainian soldiers

It is a project born before the invasion of Ukraine by Russia, and whose realization is now necessary. 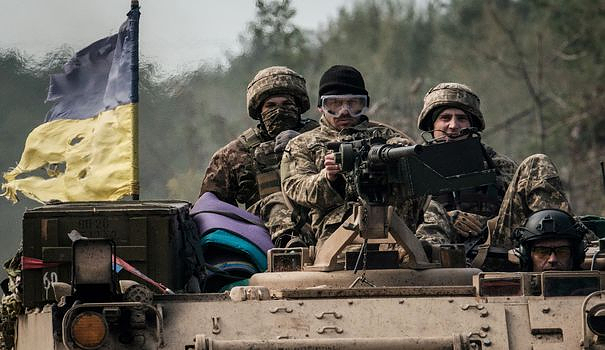 It is a project born before the invasion of Ukraine by Russia, and whose realization is now necessary. On Monday, the 27 Member States of the European Union announced, during the Council of Foreign Ministers, the creation of a mission to assist in the training of Ukrainian soldiers. This program, called "EUMAM Ukraine", constitutes, for the head of European diplomacy, Josep Borell, "a powerful training mission outside the borders of Ukraine".

The idea is to train 15,000 Ukrainian servicemen, 12,000 being soldiers and the remaining 3,000 specialized operators. On the content of the exercises, the staff of the Ukrainian army made very specific requests to the European Union. The men will be trained in the field of mine clearance, anti-aircraft defense or even artillery. "We must not forget that Westerners already offer training," notes military historian Michel Goya, as in Germany, the United Kingdom or the Netherlands. “Months of training which, with Western material aid, made it possible to increase the Ukrainian soldiers in power”.

In this sense, the arms supplier countries will also offer men to learn the proper handling of the equipment they supply. In Germany, it will be a question of directing the Marder armored vehicles and in France of mastering the Caesar guns or the Crotale anti-aircraft defense system. Thus, the demands of Ukraine will be reconciled with the offer of European countries, for a coordinated and effective resistance action.

The mission will be directed from Brussels by the military planning and conduct capability, a body of the European Union general staff, which oversees the training of certain armies in Africa, such as in Somalia. As for the training areas, they will be spread over three countries: Poland, because of its strategic geographical position, Germany and France, because they are major arms suppliers.

Paris was particularly keen to welcome combatants on its soil, as the entourage of the Minister of Defense, Sébastien Lecornu, explained to the newspaper Le Monde: "We want to carry out the exercises on our territory, for a question of efficiency and recognition of the efforts made by the country". Regarding the financing of the operation, it will be taken from the "European Peace Facility", a fund which helps certain non-EU countries militarily. Already used in the context of arms transfers to Ukraine, it will be endowed with an additional 500 million euros to meet needs.

If this cooperation initiative is the first of its kind at European level, it is above all, for Pascal Boniface, director of the Institute of International Relations, interviewed by France 24, "a message addressed to the Ukrainian government, which reproaches Europe not doing enough." The researcher recalls that “NATO has been training Ukrainian soldiers since 2014 and that this new program will not fundamentally change the situation, due to the fear of starting a third world war”. The French Minister for the Army, Sébastien Lecornu, moreover made a point of recalling that France's active participation in the "EUMAM Ukraine" program in no way meant that it was a co-belligerent.