Annette Fury waited 13 hours for an ambulance at the turn of the year after suffering from seizures in connection with meningitis. 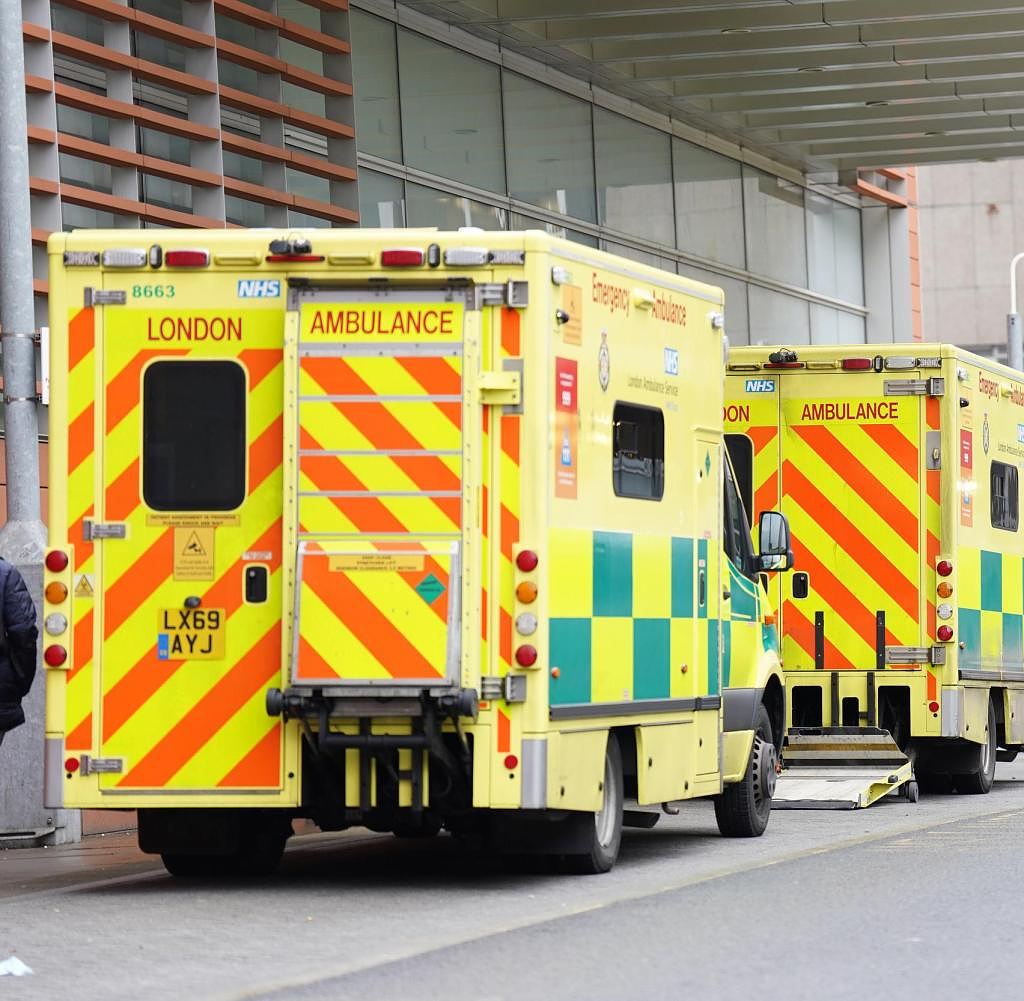 Annette Fury waited 13 hours for an ambulance at the turn of the year after suffering from seizures in connection with meningitis. Another 12 hours passed in the emergency room at a West Midlands hospital before she was finally examined. "It was like a scene from a war movie," she told the BBC. “People were sitting on the floor, on hospital beds, everywhere. It was terrible."

Andrew Macfarlane's 90-year-old mother had to wait more than 30 hours for an ambulance after falling and injuring her hip on New Year's Eve. With scarlet fever and croup, three-year-old Heidi Hook spent a night in Oxford on two plastic chairs pushed together in the hospital waiting area before anyone could attend to her.

In Shropshire, a patient lay in an ambulance outside the hospital for 30 hours before receiving medical attention. Elsewhere, critically ill patients who have already been admitted wait many hours before they can be assigned a free bed. The record is a waiting time of 99 hours - more than four days - in Swindon.

It's already a tradition: year after year, a winter crisis is declared in the British national health system, the National Health Service (NHS). For a long time it was the flu cases, and in recent years Covid, that ensured that significantly more people needed medical help at the beginning of the year, but not enough nurses, doctors, hospital beds were available.

But this year things are even worse. Acute care and emergency medicine are on the verge of collapse. There is a lack of staff, beds and ambulances.

With serious consequences for those affected: At the weekend, Adrian Boyle, President of the Royal College of Emergency Medicine (RCEM), estimated that the delays in emergency care are likely to cost 300 to 500 lives every week.

Many emergency rooms were "in the midst of an absolute crisis," warned his deputy Ian Higginson. Doctors are no longer able to offer the standard of care that they would wish for. Phil Banfield, chairman of the British Medical Association, also described the situation in the healthcare system as "unacceptable".

A spokesman for Prime Minister Rishi Sunak said: "It will be very difficult for many people to access the services of the NHS this winter. In a speech on the most important goals for the beginning of the year, however, the prime minister promised to significantly reduce waiting times and significantly improve access to health care.

Health Secretary Steve Barclay said Covid and the flu epidemic in particular would put the NHS under massive pressure. At the end of December, 3,746 flu patients were being hospitalized in England's hospitals, seven times the number a month earlier, according to NHS data.

The number of inpatients treated with Covid almost doubled to 9,500 in the same period. In addition, the diseases also affect the medical staff, with corresponding absenteeism.

In order not to add to the pressure, parents should not send their children to school with colds and fevers, said Susan Hopkins of the UK Health Security Agency.

Adults should also stay at home if they are not feeling well. If going outside is unavoidable, they should wear a medical mask for protection.

But the wave of illness is by no means the only reason for the precarious situation of the NHS. Add to that the fallout from the pandemic, healthcare strikes, but most importantly, a decade without enough investment in the NHS, said Siva Anandaciva, an analyst at King's Fund, a health think tank. In this mixed situation, it doesn't take much to bring the entire system down.

One of the biggest problems is a shortage of hospital beds, said RCEM emergency medicine physician Boyle. Only 2.5 beds are available in the country for 1000 inhabitants. For comparison: in Germany there are almost eight, in France 5.5.

The situation is made even worse by the fact that one in seven beds is currently occupied by patients who no longer have a medical reason to be treated in hospital. Most of them, mainly older people, cannot be released because of a lack of care facilities where they can be adequately cared for.

To date, there is no state care system in the country. Cities and districts have a budget for financing those in need. However, the majority of Britons have to pay for the costs themselves if they need care. Conservative governments have repeatedly promised remedies in recent years in view of the aging of society. So far there has been no progress.

Sunak's predecessor in office, Boris Johnson, had made a start with a planned increase in social security. However, the levy was collected again under the successor government.

The NHS is also plagued by significant staffing problems. Years of austerity policies have seen the real wages of nurses, ambulance drivers, interns and other workers fall.

In December, the nurses' union called for a strike for the first time in more than 100 years. There will be more strikes in the coming weeks.

Add to this a failed pension reform for doctors, and for many years a significant workload for many NHS employees. Taken together, these developments mean that large numbers of trained staff are leaving the NHS, but not enough nurses and doctors are following.

Finally, the system suffers from an investment backlog that has been building up for years. Between 2010 and 2019, health care spending was 21 percent below the average for the 14 EU countries that were members of the Union before 2004, according to data from the Health Foundation.

In Germany, even 39 percent more was invested during the period. This lack of investment has long been noticeable everywhere, not only in new hospitals, but also in their equipment with medical equipment.

In his speech at the beginning of the year, Sunak promised that he would not shake the basic principle that access to medical care would remain free for patients. He did not explain how he intends to shorten the considerable waiting times.

But the question is also becoming increasingly important politically. Public support for dealing with the NHS has fallen from -3 to -73 since the early days of the pandemic, a recent poll by pollsters YouGov shows.