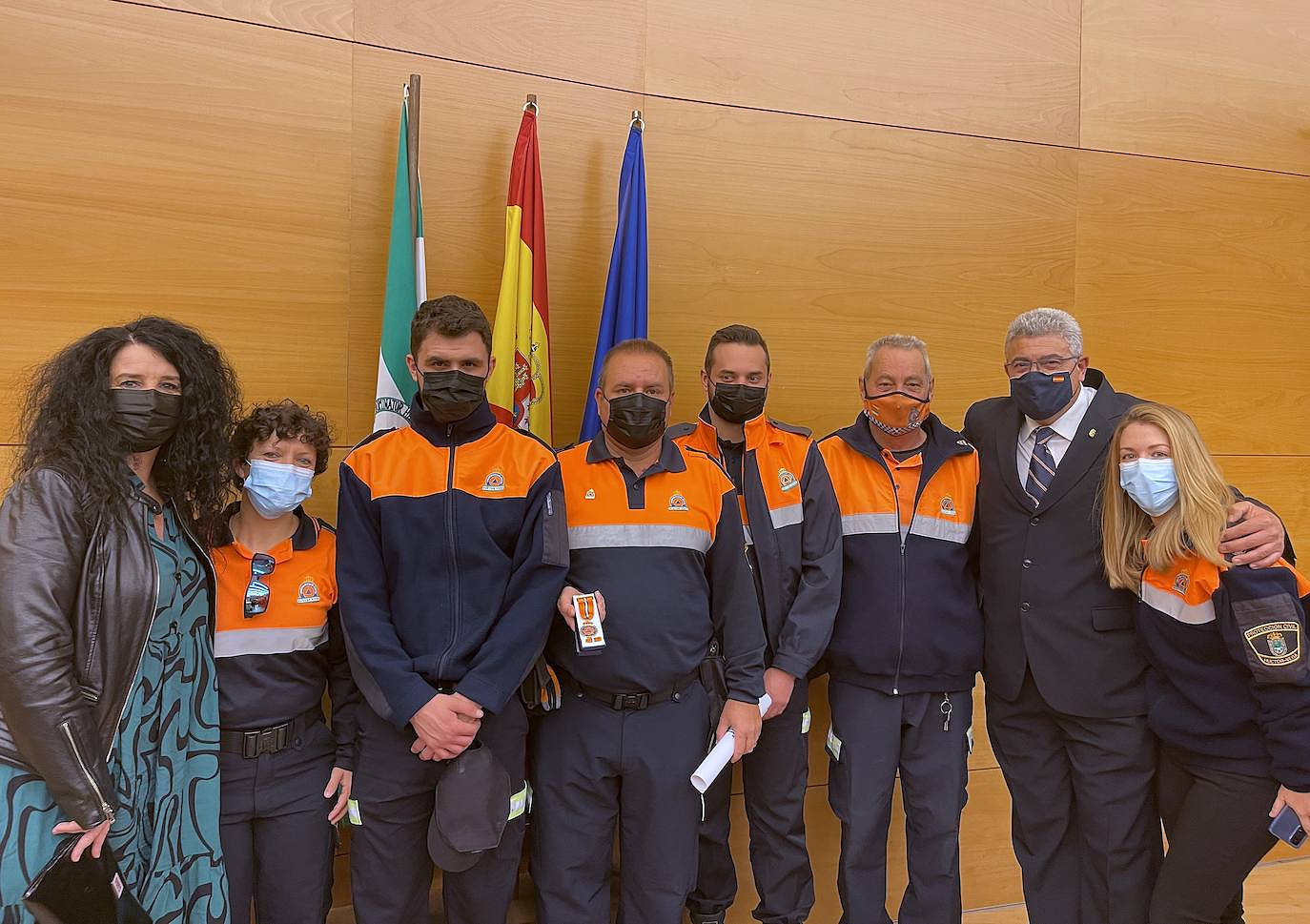 Last Saturday, the Junta de Andalucia presented the Civil Protection Medal of Merit, which was presented to 55 groups of Civil Protection volunteers from Granada, including those of Huetor Vega and Monachil. These volunteer groups collaborated "actively" during "the hardest" periods of the pandemic.

Through a representation led by Ricardo Calvo (the boss), the Civil Protection Volunteers of Huetor Vega were awarded the distinction at Science Park. They were accompanied by Elena Duque (the mayor of Hueteno) and Jose Manuel Tight, the Councilor for Citizen Security.

Antonio Sanz, Deputy Minister of Presidency, Public Administration and Interior, Junta de Andalucia was the event's chair, along with Pablo Garcia, Inmaculada Loz and Agustin Munoz, Director General of Emergencies and Protection Civil. The Deputy Minister to the Presidency spoke of "the pride of Andalusian Government" and the 55 groups as well as the more than a thousand volunteers from the province of Granada.

Sanz said that two years have passed since the declaration of the emergency state of alarm. "Fortunately, those days of fear and uncertainty are gone." "Five days in which you, despite all, did not hesitate, to step forward to assist in whatever was required," he stated, emphasizing that no elder of your towns or neighbor felt abandoned or alone. "Granada's heart for volunteering is stronger than ever, and there was not a neighbor who didn't count on you."

‹ ›
Keywords:
VoluntariosHuetorVegaRecibenMedallaMeritoProteccionCivil
Your comment has been forwarded to the administrator for approval.×
Warning! Will constitute a criminal offense, illegal, threatening, offensive, insulting and swearing, derogatory, defamatory, vulgar, pornographic, indecent, personality rights, damaging or similar nature in the nature of all kinds of financial content, legal, criminal and administrative responsibility for the content of the sender member / members are belong.
Related News