Vladimir Putin will not go to the G20 in Bali

"I can confirm that (Foreign Minister) Sergei Lavrov will lead the Russian delegation to the G20. 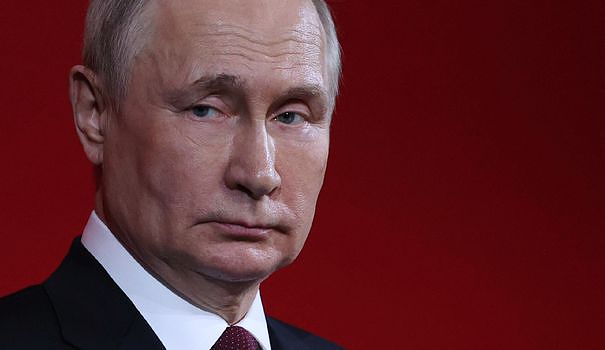 "I can confirm that (Foreign Minister) Sergei Lavrov will lead the Russian delegation to the G20. President Putin's program is still being worked out, he could participate virtually," said Yulia Tomskaya, chief protocol officer of the G20. the Russian Embassy in Indonesia.

This announcement comes after several months of uncertainty over the visit of the Russian president to the summit of heads of state and government of the G20, organized on November 15 and 16 by Indonesia.

Another source close to the organization of the summit in Jakarta told AFP that the Russian president's participation was "very unlikely" and that he should be replaced by his foreign minister.

Sergei Lavrov had left a meeting of the heads of diplomacy of the G20 prematurely in July in Bali after having suffered criticism from several counterparts on the invasion of Ukraine by Russia.

Indonesia has come under heavy pressure from the West to exclude Russia from the summit in response to the war in Ukraine.

But the Southeast Asian country, which favors diplomacy independent of the major blocs, resisted, arguing that the country hosting the summit should remain neutral.

Ukrainian President Volodymyr Zelensky, whose country is not part of the G20, was also invited by Indonesia, and could speak virtually.

The Ukrainian leader had warned last week that he would not attend the summit if his Russian counterpart was present.

US President Joe Biden, who has called the Russian president a "war criminal" on several occasions, had indicated that he had no intention of meeting with him at the G20.

But French President Emmanuel Macron has long continued to speak with his Russian counterpart and warned of the risks of Russian isolation.

Moscow says it was forced to launch an offensive in Ukraine in February to "denazify" the country and denounces the sanctions against it accusing them of being at the origin of the world food and energy crises, which Westerners strongly deny.

Russian forces suffered a major setback on Wednesday with the withdrawal from Kherson, the regional capital of southern Ukraine, the target of a counter-offensive by the kyiv army.

The G20 summit in Bali will be the most important gathering of leaders from the group of major world economies since the start of the Covid-19 pandemic.

Indonesia has confirmed the attendance of 17 leaders, including Chinese President Xi Jinping and Joe Biden.

This meeting takes place in a context of multiple crises, with, in addition to the war in Ukraine, concerns for the world economy caused by persistent inflation and the repercussions of climate change.

Ministerial meetings preceding the November summit ended without a joint communiqué due to differences over the war in Ukraine.