Violence in Sri Lanka: the president resigns and leaves the official residence after imposing a curfew

Sri Lanka has dawned calm today after a day of violence with at least 8 dead and 218 injured, after the clashes between supporters of the Government and opponents, who have been demanding his resignation en bloc for weeks due to the economic crisis, spread throughout All the island. 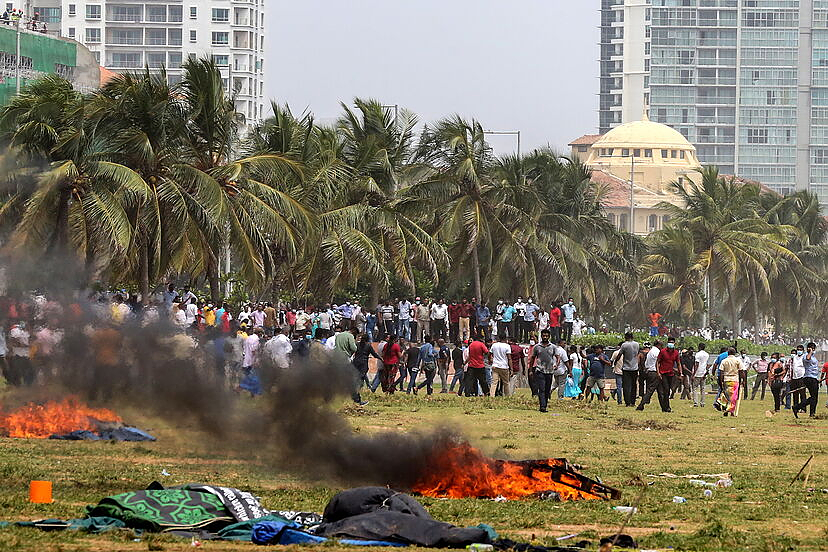 Sri Lanka has dawned calm today after a day of violence with at least 8 dead and 218 injured, after the clashes between supporters of the Government and opponents, who have been demanding his resignation en bloc for weeks due to the economic crisis, spread throughout All the island.

The Prime Minister, Mahinda Rajapaksa, president of the country between 2005 and 2015 - the time in which he ended in 2009 the more than two decades of civil war that devastated the country - presented his resignation yesterday afternoon and this morning he left the residence Temple Trees official in Colombo after his supporters were accused of triggering the violence after confronting peaceful protesters calling for Rajapaksa's resignation.

After attacking them when they were gathered around the official residence, where an act in support of the government had been scheduled, the pro-government group went to the main protest in the vicinity of the Presidential Secretariat in Colombo, where for just a month they had been demanding the resignation of the president's brother, Gotabaya Rajapaksa, and attacked the demonstrators with sticks and iron bars due to the alleged indifference of the police, who were slow to react.

In Sri Lanka, the president is the head of government, while the position of prime minister is more ceremonial, which is why protesters are still demanding the resignation of Gotabaya Rajapaksa, who announced that he would form a government of national inclusion with all parties, reports Eph.

The violence against opponents of the government led to an unexpected chain reaction, and what until then had been mostly peaceful demonstrations turned into the destruction of vehicles and the burning of at least 25 residences of politicians related to the party in power.

According to the latest balance of victims today, the riots throughout the island left at least 8 dead and 218 injured, especially in Colombo and its surroundings, but also in the southern town of Weeraketiya, from which the former prime minister is from.

The information division of the Police detailed in a statement that among the deceased there is a deputy, a local leader from the southern town of Imaduwa, and two policemen. One of the agents was protecting the official residence of the prime minister.

Despite the curfew declared yesterday having been extended until Wednesday, and the state of emergency being active, many anti-government protesters remained in the streets today, some of them searching vehicles in search of government supporters who participated in Monday's protests. Other demonstrators guarded the vicinity of the airports before the possible flight of a member of the Rajapaksa clan, whom they accuse of corruption and of not having known how to deal with the serious economic crisis that the country is suffering.

Without enough foreign currency to purchase food, fuel and basic necessities, the country entered an inflationary and scarcity spiral months ago. Tension and discontent increased on the island at the end of March, when the authorities imposed power cuts of more than 13 hours, which led the population to take to the streets to demand the resignation en masse of the Sri Lankan Executive. 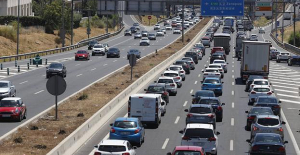 DGT predicts that car trips will increase by 3.3%... 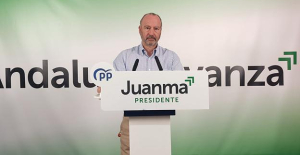 The PP calls for the Government to take "effective... 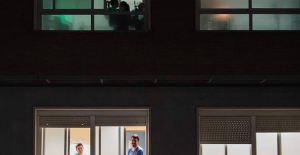