The Vicar municipality presented the city's Urban Agenda a few days ago. 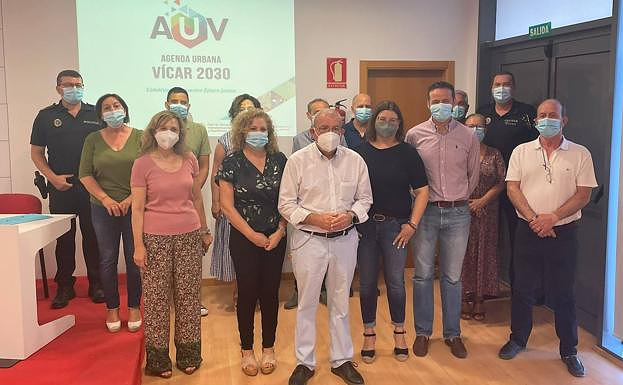 The Vicar municipality presented the city's Urban Agenda a few days ago. It was based on Sustainable Development Goals to design sustainable, friendly, and prosperous cities. This is the first of twenty Spanish municipalities to be involved in a pilot project of these types of strategies.

Together with the drafting team, Antonio Bonilla, the mayor was responsible for publicizing the strategy. It is part of the Spanish Urban Agenda 2030. This road map is also inspired by UN Urban Agenda.

The Vicar 2030 Urban Agenda was drafted by the technical team from the consulting firm. They presented the basic lines of work to be followed in order to put it into practice. The Spanish Urban Agenda's 10 Strategic Objectives (SDGs) were highlighted as a starting point: urban and land planning; revitalization of the city; climate change; proximity and sustainable mobility; equity, social cohesion; urban economics; housing access; digital innovation and better governance.

Each municipality has its own Action Plan. It begins with a diagnosis to determine which Vicar issues are most important for the future. The plan will take into account what has been done or is being done in the municipality and use the SWOT analysis (Weaknesses Threats Strengths and Opportunities) to identify areas that need improvement. During the months of June/ July, citizens' and group ideas will be collected in workshops.

The local Corporation will then set priorities and citizen contributions will be used to present the most important areas of action. Final, the monitoring and evaluation of the action plan will take place. This is expected to conclude in September 2022.

Antonio Bonilla, Vicar's mayor, asked his team to show "the same commitment, equal ability to imagine, and create that has allowed me to get here over the past 25 years" and highlighted the fact that Vicar is a Child Friendly city with the Unicef Spain seal of excellence.

According to Bonilla, one of the biggest challenges in the Spanish Urban Agenda For Vicar is "learning and working with all the advances that were made in the recent years and promoting the new."

The first mayor believes that the most important thing about the new city is its people. Vicar estimates that by 2030, 30% of the population will be over 60 years old. This should fit in with the agenda.

The mayor said that the agenda includes aspects that were "previously dreamed of" and "now it's time for us to take action." Bonilla stated that one of Bonilla's first tasks is to address the environmental crisis. Bonilla also said that it will be a priority to "increasely link the well being and health of citizens with nature and order its space."

‹ ›
Keywords:
VicarServiraModeloPoliticasObjetivosDesarrolloSostenible2030
Your comment has been forwarded to the administrator for approval.×
Warning! Will constitute a criminal offense, illegal, threatening, offensive, insulting and swearing, derogatory, defamatory, vulgar, pornographic, indecent, personality rights, damaging or similar nature in the nature of all kinds of financial content, legal, criminal and administrative responsibility for the content of the sender member / members are belong.
Related News