Venezuela: agreement between power and opposition, the United States eases the oil embargo

The US government has allowed oil giant Chevron to partially resume oil extraction activities in Venezuela just after the announcement of a "second partial social protection agreement for the Venezuelan people". 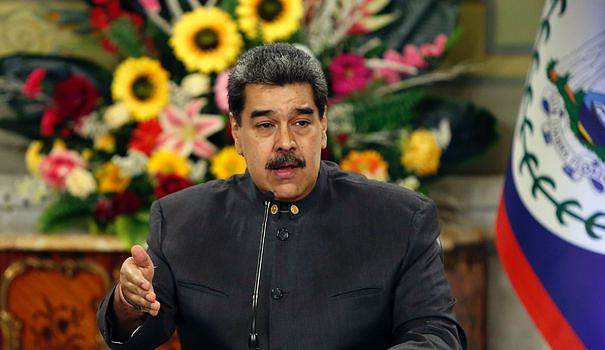 The US government has allowed oil giant Chevron to partially resume oil extraction activities in Venezuela just after the announcement of a "second partial social protection agreement for the Venezuelan people".

In a statement, the Treasury Department authorized Chevron to partially restart the activities of its joint venture held in this country, in partnership with the public company Petroleos de Venezuela (PdVSA). Chevron must however ensure that "PdVSA does not receive any revenue from oil sales made by Chevron".

In May, Washington had already allowed Chevron to "negotiate the terms of potential future activities in Venezuela", which represented a first breach of the Venezuelan oil embargo imposed by Washington in 2019 in the hope of ousting Nicolas Maduro and its socialist regime.

The United States is seeking new hydrocarbon resources to offset the loss of Russian crude as a result of sanctions in response to Russia's invasion of Ukraine.

Venezuela has some of the largest oil reserves in the world, according to experts.

On Saturday, a senior US official called the deal "an important step in the right direction". "We join the international community in welcoming the resumption of negotiations," he said, requesting anonymity.

Spanish Foreign Minister José Manuel Albares also offered on Saturday that Madrid play a role "if the Venezuelans want it".

This dialogue represents "hope for all of Latin America" ​​and "the triumph of politics", welcomed Mexican Foreign Minister Marcelo Ebrard.

At the same time as the negotiations in Mexico City, Caracas has been hosting since Monday the resumption of negotiations between the Colombian government and the guerrillas of the ELN (National Liberation Army).

In Mexico, representatives of President Nicolas Maduro announced the agreement at midday after the resumption of talks interrupted for 15 months.

In Venezuela, President Maduro demands the lifting of the American economic sanctions which hit his country, in particular the embargo on oil exports.

For its part, the Venezuelan opposition calls for solutions to the "humanitarian crisis", "respect for human rights" and guarantees for "free and observable elections", underlined Thursday in a press release the Unitary Platform.

There is no consensus on these elections, which should take place in 2024, according to a source familiar with the matter consulted by AFP on Thursday.

The opposition accuses Mr Maduro of being re-elected in 2018 fraudulently.

Poverty affects eight out of ten people in Venezuela, according to the national Encovi survey on living conditions published earlier this month.

Seven million Venezuelans have left their country due to the political and economic crisis, especially since the death of Hugo Chavez in 2013.

Nicolas Maduro suspended the talks two months later, after the extradition to the United States of Alex Saab, a Venezuelan businessman close to the power prosecuted for money laundering.