It was the maximum show of strength. 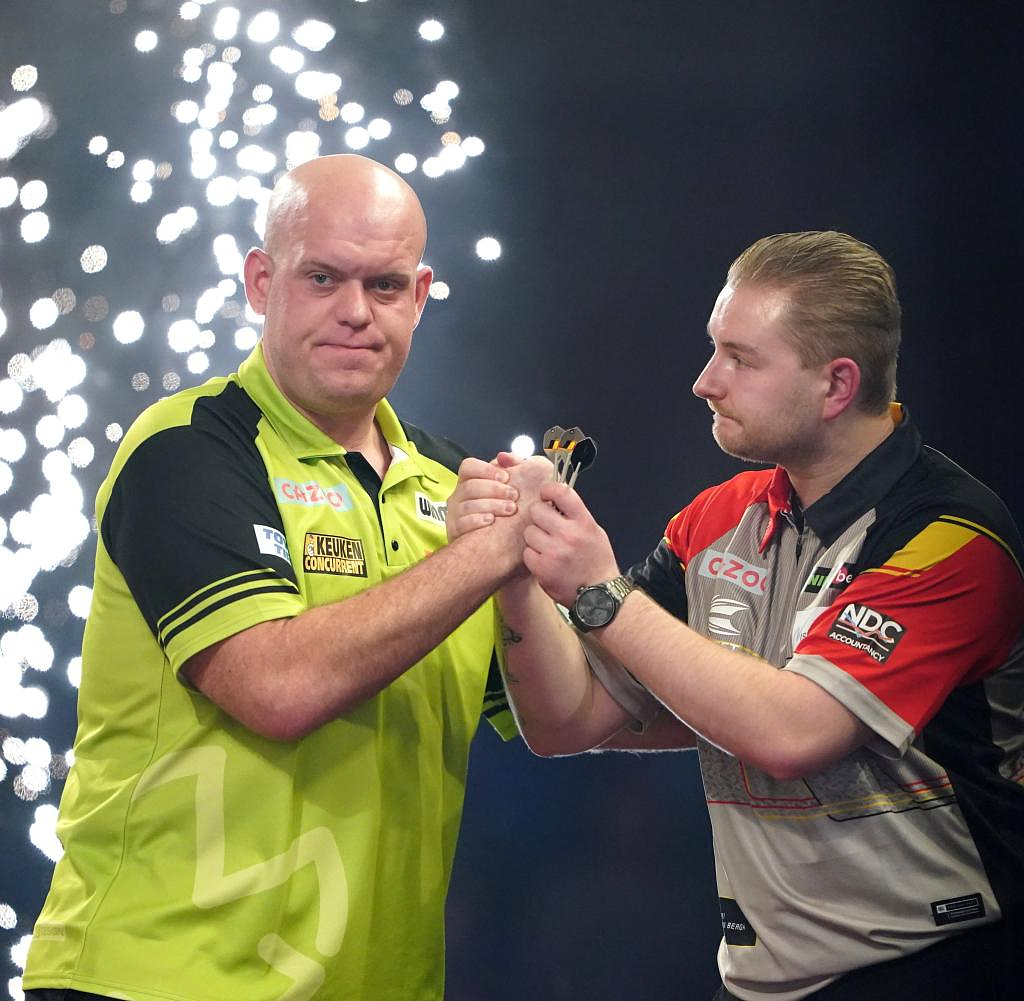 It was the maximum show of strength. With a 6-0 win, Michael van Gerwen made it into the final of the Darts World Championship for the seventh time in his career. Dimitri van den Bergh had no chance in the second semi-final of the evening and experienced a whitewash at 0:6. Already in the round of the last eight, van Gerwen advanced to the next round without losing a set. Chris Dobey was the victim of the 0-5 debacle. The Dutchman won all of his past 13 sets. The last time he had given up a round was in his 4-1 win in the round of 16 against his compatriot Dirk van Duijvenbode.

“Even Michael Smith will not stop me. Nobody will stop me," said the happy winner in the direction of his opponent in the final: "I feel very good and the fans deserve this final. Michael Smith and I are a good final for darts I think.”

The Englishman had previously won his semi-final 6-2 against Gabriel Clemens, ending the German's sensational run. Nobody should have any doubts that the two best players of the tournament will face each other on January 3 (9:15 p.m. Sport1 and DAZN live). Van Gerwen should be the favourite, especially after his recent performance.

His opponent in the semi-finals started the match extremely well, checking 170 points to break in the first set. However, MVG remained unimpressed and shot the first round in the decider. It should remain the last moment of tension in an unequal duel. Van Gerwen ignited the turbo, made it 2-0 and also fended off his opponent's mind games with ease. In the first leg of the third set, van den Bergh suddenly stopped his shot and hung irritatingly at the oche after addressing a few words to his opponent behind him. The Belgian seemed to complain about van Gerwen's lack of distance. More likely, however, that he was simply trying to break its rhythm.

"I don't know exactly what he wanted. He was losing, so I guess he had to say something," van Gerwen said without resentment. He had already given a much louder answer on the board. He checked to make it 1-0 and then with the maximum of 170 points to make it 2-0. The game turned into a nightmare for the "Dreammaker".

Van den Bergh collapsed completely, failed to hit the large single fields several times and gave up the last seven legs of the match. Van Gerwen was merciless and ended up with an average of 108.28 points - the second highest average ever played in a World Cup semi-final. 58.1 percent in the double fields rounded off the formidable picture.

If he repeats his performance in the final, which will also be a duel for the new number one in the world, Smith should hardly have a chance either. However, the Dutchman was too often unable to bring his game to the stage in the World Cup final. He only crowned himself in 2014, 2017 and 2019.

‹ ›
Keywords:
GabrielWoeckenerLutzDartsProfessional Darts Corporation (PDC)ClemensGerwenMichael Van
Your comment has been forwarded to the administrator for approval.×
Warning! Will constitute a criminal offense, illegal, threatening, offensive, insulting and swearing, derogatory, defamatory, vulgar, pornographic, indecent, personality rights, damaging or similar nature in the nature of all kinds of financial content, legal, criminal and administrative responsibility for the content of the sender member / members are belong.
Related News