He only went to his knees after the last dart. 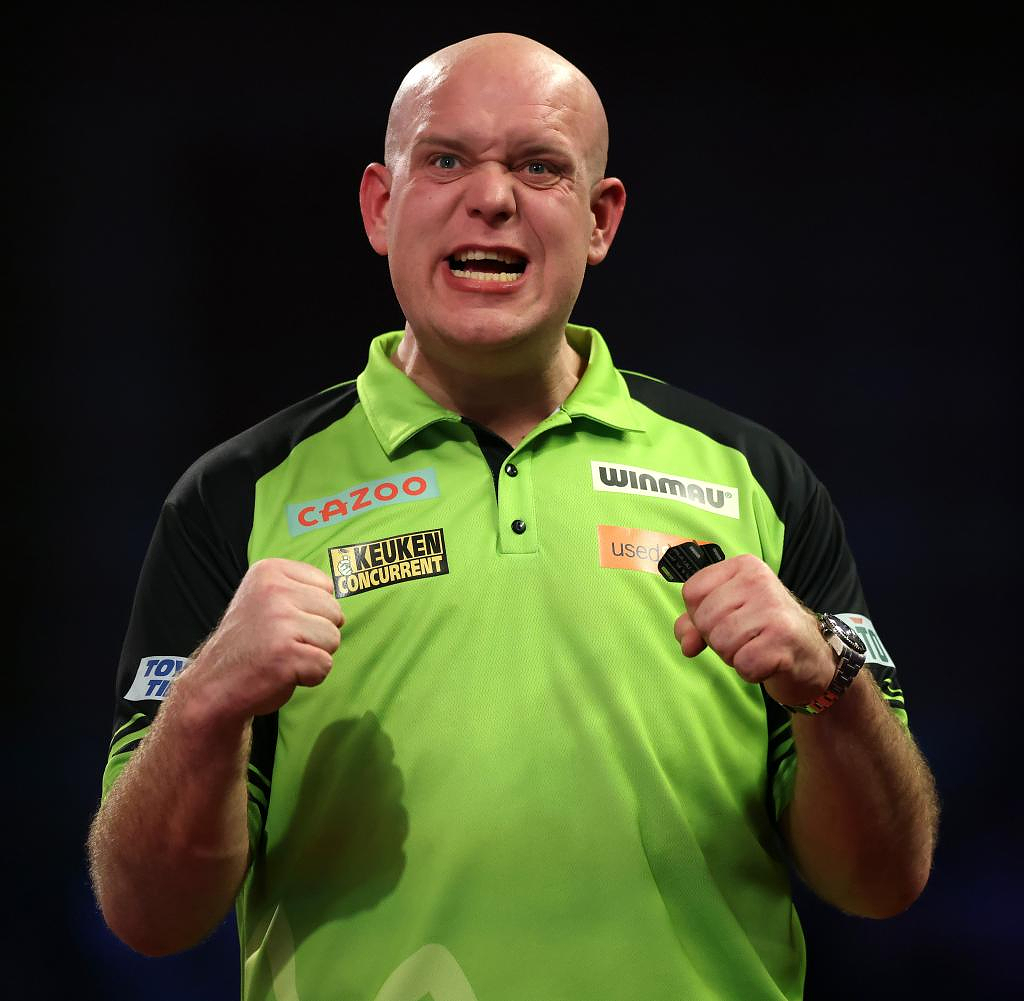 He only went to his knees after the last dart. And this crouch was due to relief and joy. Gabriel Clemens has successfully started the 30th darts world championship. The Saarlander was the first of the three German players in London to advance to the third round. The 39-year-old defeated William O'Connor from Ireland 3-0 (3-2; 3-2; 3-0) after a strong performance, played an average of 95.64 and hit 39.1 percent of the doubles. "I was expecting a closer game, but I think I played well today," said the German number one with mock understatement after his smooth success.

Clemens seemed highly concentrated from the start, won the first set with the break in the decisive fifth leg and, after missing a 0:2 lead in the second round, countered again in the last leg: With a 131 finish, he spectacularly checked to win the set. An average of almost 98 points and a double quota of 43 percent were early expressions of his performance and were celebrated accordingly by the German fans in Alexandra Palace. "Oh, how beautiful that is," echoed through the hall. “It's nice that they have German fan chants at Ally Pally. It feels good when you come on stage and are then cheered on in your native language," said Clemens happily.

In the third set he even followed up with a 132 and only revealed slight weaknesses with the very last arrow. With the sixth dart he hit the double 3 for a smooth victory and can now hope for more. Two years ago, Clemens was the first German in the history of the tournament to reach the round of 16. A success that he could now repeat.

Unlike last year, when he met the reigning Premiere League champion Jonny Clayton in the third round and had no chance at 0:4, the "German Giant" got a lucky draw this time. The next opponent on December 27 is James Wade from England, who has been weak for months, or Jim Williams from Wales, number 77 in the world rankings. "But it will by no means be easy," says Clemens: "James in particular is very experienced and it will be a new game."

In order to be home on Christmas Eve, he and his partner Lisa fly back to Germany on Thursday, but the plane goes back to London on Christmas Day. In the past two years, the couple had always stayed in the player hotel due to the corona pandemic. "After two years, you want to be at home again for Christmas," says Clemens, who is now hoping for German company after the holidays.

On Thursday evening (live on Sport1 and DAZN) Florian Hempel will play against fellow favorite Luke Humphries. Martin Schindler faces Martin Lukeman on Friday. "They both have good chances. Martin is having a fantastic year and Flo showed last year that he can beat world number five," said Clemens.

Against Michael van Gerwen, even Hempel, the fright of the favourites, would have no chance at the moment. The Dutchman, the big favorite in the showdown between the best arrow throwers that lasted until January 3, showed no mercy with his opponent in the subsequent match and stormed into the third round. The pathetic Lewy Williams was only allowed one leg win. In less than 19 minutes of play, the Dutchman had everything clear and played an average of 125.25 points in the second set. In the end it was 101.84, garnished with a double quota of 50 percent.

“It was a good start. But a few things could certainly have been better," said the sprint winner afterwards: "My scoring power on the double 20, for example. What I showed in the second set, I have to show in every set.”

The own claim is high, the training intensity has been extremely high in the past few weeks. The three-time world champion leaves no doubt that there is only one goal for him at this tournament. The next victim is the Austrian Mensur Suljovic or Mike De Decker from Belgium.

‹ ›
Keywords:
DartsProfessional Darts Corporation (PDC)
Your comment has been forwarded to the administrator for approval.×
Warning! Will constitute a criminal offense, illegal, threatening, offensive, insulting and swearing, derogatory, defamatory, vulgar, pornographic, indecent, personality rights, damaging or similar nature in the nature of all kinds of financial content, legal, criminal and administrative responsibility for the content of the sender member / members are belong.
Related News