Tensions with China notwithstanding, another US congresswoman has traveled to Taiwan. 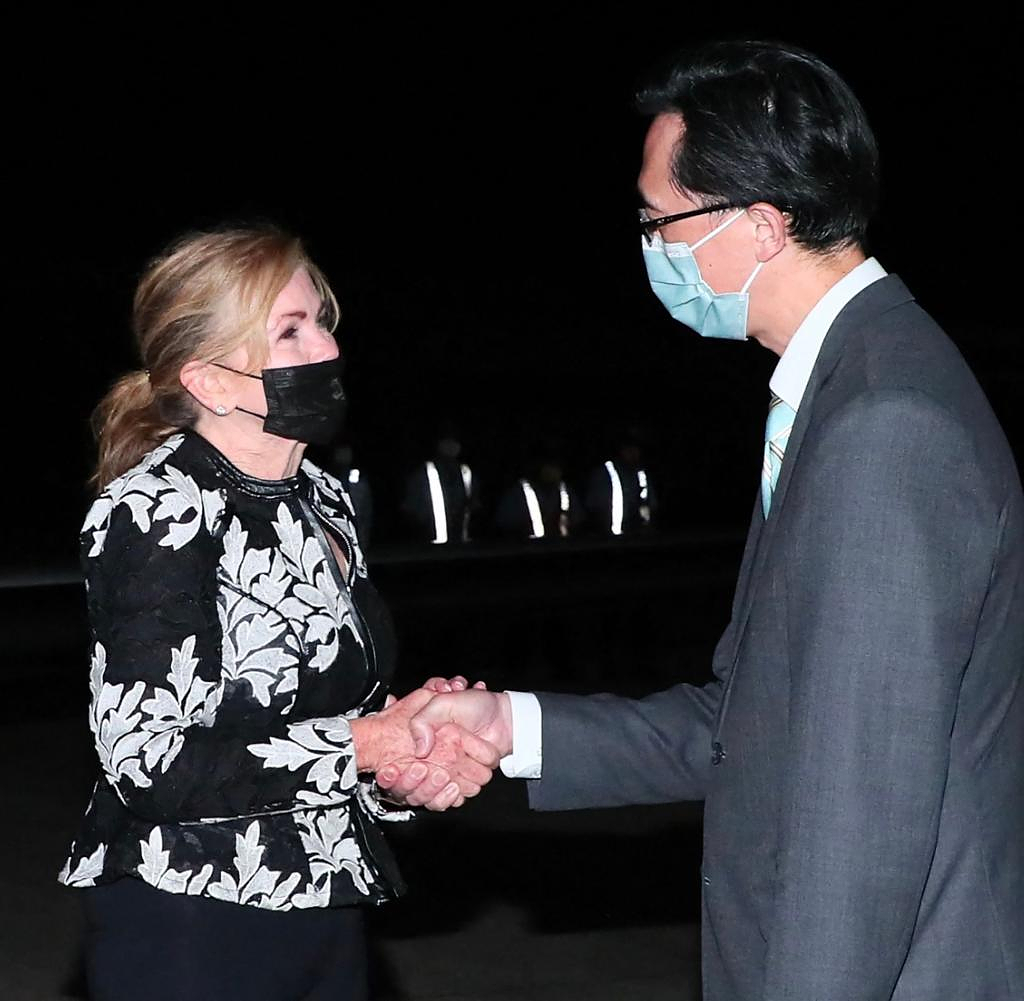 Tensions with China notwithstanding, another US congresswoman has traveled to Taiwan. The plane carrying Republican Senator Marsha Blackburn landed in Taipei late Thursday evening local time, the State Department confirmed.

The visit, which has been kept secret until recently, is likely to be viewed as a new provocation in Beijing, since the communist leadership regards the democratic island republic as its own territory and vehemently rejects official relations between other countries and Taipei.

In response to the growing threat from China, Taiwan plans a sharp 13.9 percent increase in its defense spending next year. According to the government's draft budget, the military budget is to increase to 586 billion Taiwan dollars, the equivalent of 19 billion euros. This corresponds to 2.4 percent of economic output. The Ministry of Defense justified the increase with the expansion of military activities by the Chinese People's Liberation Army near Taiwan.

This is the third visit from the US Congress to Taiwan this month, following the visit of US House Speaker Nancy Pelosi and a group of five congressmen led by Democratic Senator Ed Markey. Welcoming the US senator, the State Department expressed gratitude "that members of the US Congress, through visits, are demonstrating their strong support and commitment to Taiwan as China continues to escalate its threats to Taiwan and escalate tensions in the region."

Contrary to initial reports, the senator from the US state of Tennessee traveled alone to Taipei. She had previously visited Fiji, the Solomon Islands in the South Pacific and Papua New Guinea. Taiwan's President Tsai Ing-wen plans to receive the politician on Friday.

With Beijing's outrage, especially over the visit of Pelosi, number three in the USA, tensions had reached a temporary high. It was the highest-ranking visit from the United States in a quarter of a century. In response, China launched large-scale maneuvers around Taiwan, firing ballistic missiles, one of which flew directly over the island not far from the capital. A sea and air blockade and a possible conquest were also practiced.

It was Beijing's biggest show of power since the Taiwan "missile crisis" in the mid-1990s. Since then, Chinese planes and ships have continued to operate in the 130-kilometer-wide straits of the Taiwan Strait, repeatedly crossing the then most respected center line. Since last year, Chinese military machines have been penetrating Taiwan's air surveillance zone (ADIZ) to test air defenses and increase pressure.

Taiwan, which has a population of 23 million, rejects China's claim to power. It has long considered itself independent, also because it had been governed independently since before the founding of the communist people's republic in 1949.

Bundestag President Bärbel Bas (SPD) has no plans for a trip to Taiwan. "I don't think it will help the Taiwanese if the German President of the Bundestag triggers diplomatic involvement with China," Bas told the Düsseldorf "Rheinische Post" (Friday edition). There are no official relations between the Bundestag and the parliament in Taiwan. An exchange is therefore only possible between individual parliamentarians, but not between the institutional bodies.

According to Bas, a visit to the island in the South China Sea would also put the chancellor under pressure. "Then the next thing is that Olaf Scholz has to go to Taiwan," she said.

‹ ›
Keywords:
NewsteamTaiwánBasBärbelPelosiNancyChinaOlaf ScholzBundestagIndopazifikSüdpazifikWeltraumTaipehTaiwanstraßePapua NeuguineaMarsha BlackburnUSAPeking
Your comment has been forwarded to the administrator for approval.×
Warning! Will constitute a criminal offense, illegal, threatening, offensive, insulting and swearing, derogatory, defamatory, vulgar, pornographic, indecent, personality rights, damaging or similar nature in the nature of all kinds of financial content, legal, criminal and administrative responsibility for the content of the sender member / members are belong.
Related News