US Open: Novak Djokovic announces his withdrawal from the US Open, for lack of anticovid vaccine

"Unfortunately, I will not be able to travel to New York this time for the US Open (. 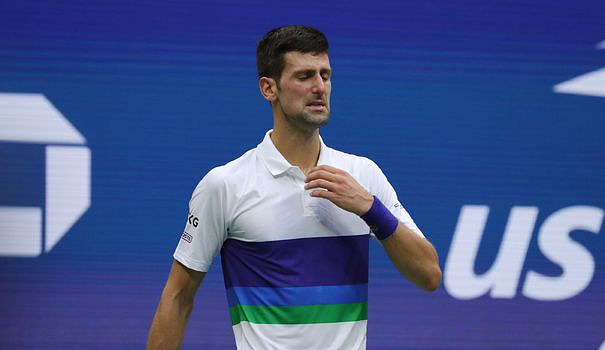 "Unfortunately, I will not be able to travel to New York this time for the US Open (...) Good luck to my fellow players! I will keep myself in good shape and in a positive state of mind by waiting to be able to resume competition", writes on his Twitter account the Serb who hoped until the last moment for a change in health measures imposing vaccination against Covid-19 for entry into American territory.

Djokovic, who won his 21st Grand Slam title at Wimbledon this summer, was hoping to try to equal Rafael Nadal's record of 22 major titles in New York. For the second time in his career (after 2017) he will miss the American Major which he has won three times (2011, 2015, 2018).

Last year, he came close to winning the Grand Slam but lost in the US Open final to Daniil Medvedev after winning the Australian Open, Roland-Garros and Wimbledon consecutively.

This year, he was expelled from Australia just before the start of the tournament after a political-legal-sanitary imbroglio linked to his non-vaccination against covid. Then he lost in the quarter-finals at Roland-Garros against Nadal.

He had resumed his march forward at Wimbledon, but his victory had not brought him the slightest point in the standings since the Major on grass was sanctioned by the ATP and the WTA (which respectively manage the men's and women's professional circuits) for refusing entries from Russian and Belarusian players in retaliation for the war in Ukraine.

At 35, the indisputable world No.1 in 2021 has thus fallen to 6th ATP rank and should fall further since he will not be able to defend his points in New York.