US Open: Caroline Garcia qualified for her first quarter-final at the US Open

"Alison is a very tough player, a fighter, she moves a lot. 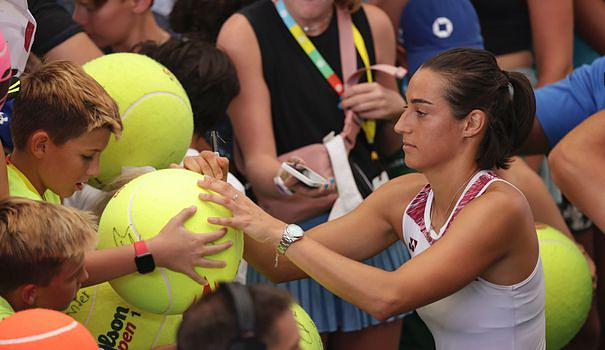 "Alison is a very tough player, a fighter, she moves a lot. I had to be very aggressive. The first set was tight, it wasn't great tennis, I had to deal with my emotions. The second set was very good", analyzed Garcia.

At 28, the French N.1, who had never passed the third round of the New York Major, thus equals her best result in a Grand Slam tournament, having already played the quarter-finals at Roland-Garros in 2017 .

She will try to do even better on Tuesday against the American Coco Gauff (12th), finalist of the last Roland-Garros, who dismissed the Chinese Shuai Zhang (36th) 7-5, 7-5.

"I'm so excited to be in the quarter, I've built up a lot of confidence since Cincinnati," said the Frenchwoman in reference to her WTA 1000 title just before the start of the US Open.

Against Riske, who had beaten her in their previous three meetings, Garcia took a set to break free.

But on a winning return, she completed the first set by achieving the only break of the set.

The lock jumped and the Lyonnaise clearly dominated the second set, even if it took her five match points to conclude, after also saving three break points for the American.