Post a Comment Print Share on Facebook
Famagusta 28
DOLLAR 16,89
EURO 17,83
GOLD 992,10
BIST 2.554,08
The leadership of iDental is judged for a Social Security fraud of almost...
DKV explores new alliances with banks and does not see Spain as a "very...
US court allows Juul to continue selling e-cigarettes
The five councilors who challenged Sepi and her allies in Indra
Navantia loses 93 million after growing 20% ​​in 2021
Robert Langer: "You have to have vision to get rich with biotechnology"
Asterion buys the 'teleco' Olivenet and enters the battle of...
Insurers are reluctant to raise their prices due to escalating inflation
Santander and BBVA join the international mega-purchase of the aerospace...
Will there be more resignations at Indra?

Joaquim Uriach Torelló, former president of the family laboratory, is the only candidate for the presidency of the Associació Orfeó Català. 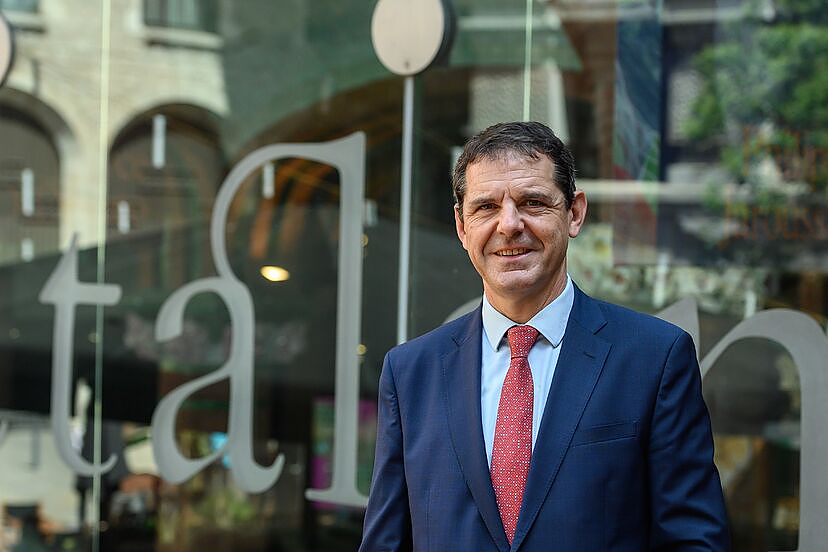 Joaquim Uriach Torelló, former president of the family laboratory, is the only candidate for the presidency of the Associació Orfeó Català

I am the head of the Associació Orfeó Català and the Fundació Orfeó Català-Palau de la Música Catalana. The businessman Joaquim Uriach Torelló will replace Mariona Carulla in the presidency of the cultural institution on June 21 after leading the only candidacy that has been presented to the elections in the Barcelona entity.

The list led by the shareholder and former president of the Uriach pharmaceutical laboratory, which has the endorsement of 210 members of the Orfeó Català, has been declared the winner once the election day scheduled for June 20 has been canceled.

With Joaquim Uriach, Eugènia Bieto, former dean of Esade, as the first vice-president and the architect Lluís Domènech Girbau as the second vice-president are part of the candidacy. The first secretary is Joan Vallvé and the treasurer, Ignacio García-Nieto.

‹ ›
Keywords:
CatalunyaCataluñaBarcelona
Your comment has been forwarded to the administrator for approval.×
Warning! Will constitute a criminal offense, illegal, threatening, offensive, insulting and swearing, derogatory, defamatory, vulgar, pornographic, indecent, personality rights, damaging or similar nature in the nature of all kinds of financial content, legal, criminal and administrative responsibility for the content of the sender member / members are belong.
Related News