Some people choose to live alone. 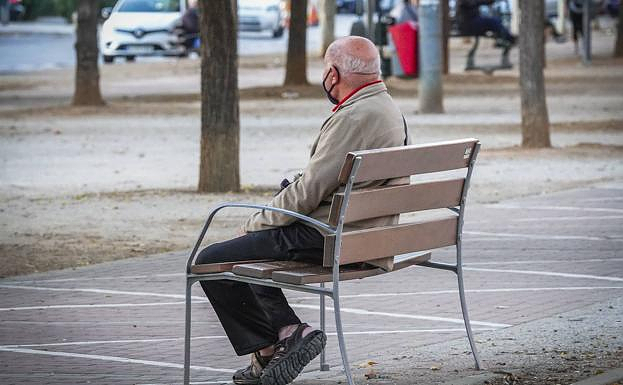 Some people choose to live alone. Others may find it difficult. Concerned are mainly older people. Cities that Care Observatory was promoted by the Memora Foundation in collaboration with La Caixa Foundation. It outlines the need for faster design and implementation the National Strategy Against Unwanted Loneliness, which was announced in 2018. This global framework organizes all local actions to prevent loneliness among the elderly. They draw attention to loneliness, as well as health, in all policies. The Observatory's second report Impact on loneliness in the media contains many conclusions.

The study, which was based on an analysis of published opinions, has examined the effects of loneliness on aging, and the end-of-life. This is the second year. This report was based on the analysis of 819 news articles about unwanted loneliness that were published in Spanish radio, television, and press throughout 2021. A notable rise in this topic's presence in the media was detected.

"References are becoming more frequent to current studies and local actions and indicate the increasing evolution of unwelcome loneliness since the covid-19 crisis. It is necessary to identify these situations and create local censuses. They believe that there is not enough social and political awareness about the scale of the tragedy.

Through a collaboration agreement, the Cities that Care Observatory was deployed by the 'la Caixa Foundation through its Program for the Elderly. This program has the mission to assist people in maximizing their potential for personal development and facilitating the building of supportive relationships that will allow them to live a fulfilled life.

The Observatory's conclusions highlight the importance of local spheres in preventing unwanted loneliness in older people, as opposed to the slow progress of the National Strategy. They point out that "there is consensus" in saying that while a National Strategy is important, local actions are more effective in reaching people living in lonely situations.

The Observatory points out that from the municipalities, global action programs must be developed that include all sectors and all citizens. They must also have a marked participatory, community, intergenerational, and interdisciplinary nature. This must allow for synchrony between social and health and work from three clear lines: awareness, detection, and intervention>>.

The Red Cross is a good example of an initiative that aims to eliminate loneliness in seniors. It uses volunteers to help older people who feel threatened by a situation they don't like.

‹ ›
Keywords:
SoledadDeseadaSobrevenidoAfectaPersonasMayores
Your comment has been forwarded to the administrator for approval.×
Warning! Will constitute a criminal offense, illegal, threatening, offensive, insulting and swearing, derogatory, defamatory, vulgar, pornographic, indecent, personality rights, damaging or similar nature in the nature of all kinds of financial content, legal, criminal and administrative responsibility for the content of the sender member / members are belong.
Related News