“I feel good and I look forward to the next two years,” reacted Mr. 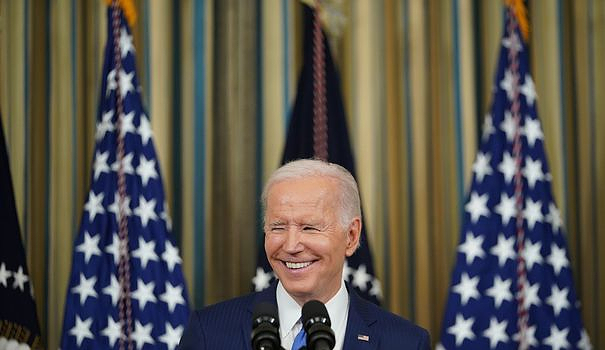 “I feel good and I look forward to the next two years,” reacted Mr. Biden from Phnom Penh on the sidelines of an Asian summit.

His re-election brings the number of Democrats elected to the Senate to 50 out of 100, which allows Joe Biden's party to keep control of the upper house of Congress. Under the Constitution, Vice President Kamala Harris has the power to decide between senators.

The Democrats could still win a seat in the state of Georgia, where a second round will be organized on December 6.

Incumbent Democratic Senate Majority Leader Chuck Schumer reacted just minutes after the results were announced, tweeting that they were a "manifestation" of things done by Democrats.

According to him, this means that Americans have "wisely rejected the undemocratic, authoritarian, wicked and divisive direction that MAGA Republicans wanted to give our country", in reference to Donald Trump's "Make America Great Again" movement.

The latter was omnipresent during the campaign, from the Republican primaries to the home stretch meetings all over the country.

More than 100 Republican candidates who contested the results of the 2020 presidential election have been elected, according to US media projections, but some of Mr Trump's foals have failed.

Driven by high inflation, the Republicans have long believed they have a boulevard in front of them to regain the two chambers during this traditionally difficult election for the ruling party.

The Republicans seem able to regain a majority in the House of Representatives. They should use it to launch numerous parliamentary inquiries into the administration of Joe Biden, or those close to him.

However, their victory promises to be much shorter than expected. The NBC News channel projected a frail majority of five seats for the Republicans on Saturday morning with 220 elected against 215 for the Democrats. Nearly 20 polls have still not given their verdict, however, mainly in California.

But without the Senate, they will not be able to pass laws contrary to its objectives, particularly on abortion or the climate, nor block its appointments of judges, ambassadors and government officials.

Their disappointing results are raising unrest among their elected officials in Congress, auguring possible settling of accounts.

In a letter revealed by Politico, several Trumpist senators are asking to postpone the vote to elect their Senate leader scheduled for next week, appearing to challenge tenor Mitch McConnell who wants to be reappointed to the position.

"We are all disappointed that a red wave (the color of their party, nldr) has not materialized, and there are several reasons for this", they write, wishing to open a debate on this subject.

The end of Republican illusions for the Senate represents a setback for Donald Trump, who is expected to announce on Tuesday that he will be a presidential candidate, his third attempt.

Already, on Friday, the Democrats had won in Arizona, where the outgoing Mark Kelly had beaten the Republican Blake Masters, who had received the strong support of the former head of state, and who has still not recognized his defeat.

Stung by this setback in Arizona, which adds to other failures of his foals, the Republican billionaire once again shouted "electoral fraud" refusing to admit the verdict of the polls, as he has done since his defeat in the 2020 presidential election.

Even if his influence on the Republican Party remains undeniable, he is actually coming out of the mid-term elections weakened and seems to want to act quickly to pull the rug out from under his rivals.

Among them is Florida Governor Ron DeSantis, triumphantly reelected and new star of the hard right.

His success has not escaped the billionaire, who chained this week spades and mockery against the one he nicknamed "Ron-la-Morale".

And, coincidence of the calendar or not, Tuesday will also be the day of the release of the memoirs of another possible competitor of Donald Trump, his former vice-president Mike Pence.