In his grand speech which marks the high point of the annual congress of the main opposition party, the 60-year-old leader must present his "plan for green prosperity", which aims to support growth and fight against global warming. 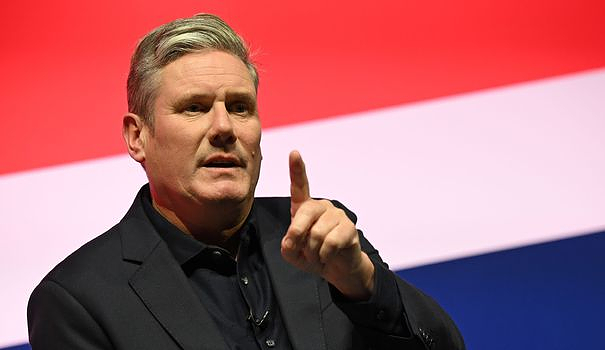 In his grand speech which marks the high point of the annual congress of the main opposition party, the 60-year-old leader must present his "plan for green prosperity", which aims to support growth and fight against global warming.

He will promise "the greatest partnership ever seen in the country between the government, the economic world and the different communities" of the United Kingdom, according to extracts revealed before his speech.

He will also not fail to castigate the Conservative Party and the new Prime Minister Liz Truss, accusing them of having “lost control of the British economy”.

The UK is struggling with inflation at a level not seen in decades, a recession looming or possibly already underway and a record fall in the pound against the dollar this week, following last Friday's announcement of spending and massive debt-financed tax cuts.

Despite this gloomy picture, Labour, after 12 years of opposition, rejoices in Liverpool and appears, in its unanimous criticism of the government, more united than it has been for a long time.

"I feel a very positive atmosphere here, we are united," said Mary Stiles, 75, a former local elected official in central England, halfway through this annual party conference, which is due to end on Wednesday.

"We know that we can manage" to regain power after more than ten years in opposition, she adds convinced.

After a rocky start, Mr Starmer, a centrist who took over from far-left Jeremy Corbyn in 2020, has been buoyed by favorable polls in recent months, giving Labor a more than 10-point lead over the Tories.

The latest, produced by the Survation Institute, indicates that Labor could win the majority with 56 seats ahead of the other parties if the legislative elections were held today.

But with these due no later than January 2025, Labor will need to be patient as they try to capitalize on the Tories' struggle to ease the cost of living crisis gripping the country.

In the meantime, the party, plagued by divisions in recent years, which had peaked under the leadership of Mr Corbyn, whose mandate was marred by accusations of anti-Semitism, wants to show that it has turned this dark page , marked in 2019 by its worst electoral defeat.

Illustration of this desire: on the first day of this conference, the Labor Party, unaccustomed to patriotic demonstrations, sang the national anthem in chorus in tribute to the late Queen Elizabeth II.

In his speech, Keir Starmer will insist that Labor is once again a "party anchored in the centre", bringing back the Tony Blair years, and "the political arm of the British people", thus trying to erase the gap created by the Brexit referendum with its traditional working-class base.

With this in mind, Mr. Starmer does not wish to go back on the agreement to leave the European Union concluded by the Conservatives, and displays economic, health and safety issues as priorities, rather than societal or cultural debates.

But this strategy is not unanimous among the unions, traditional allies of Labour. In a context of strikes in many sectors, Mr. Starmer asked party officials not to appear on the picket lines, laying off one of them who had exceeded the order.

In Liverpool, some party members defend this position, wishing to show that the party is once again ready to govern.

"The adults are back," said Angela Briggs, 69, a retired headteacher and first-time conference attendee.