Another coup de theater in London. 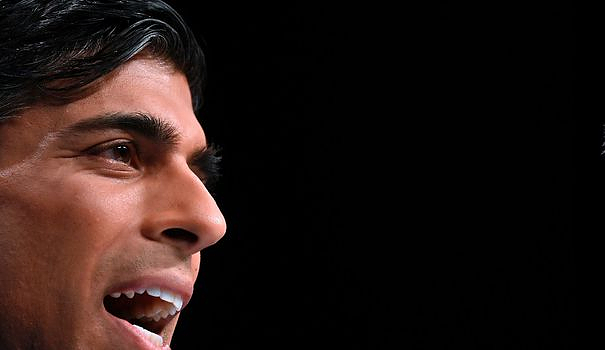 Another coup de theater in London. Former British Prime Minister Boris Johnson withdrew from the Downing Street race on Sunday, October 23, a few hours before the closing of nominations. "Bojo" claimed in a statement that he had obtained the 100 endorsements needed to run. But he said, "In recent days I've come to the sad conclusion that it just wouldn't be the right thing to do." And to add: "You cannot govern effectively if you do not have a united party in parliament."

He had returned on Saturday from vacation in the Caribbean, to ensure the 100 support of deputies necessary to present himself. He claimed he got 102.

This withdrawal could pave the way for the appointment of former Finance Minister Rishi Sunak on Monday evening: the former Chancellor of the Exchequer is currently the only candidate with the necessary 100 supporters. Guardian of budgetary orthodoxy and workaholic, he appears to the conservatives as a better choice as the country goes through a serious economic and social crisis, further aggravated by the calamitous mistakes of former Prime Minister Liz Truss who destabilized the markets and caused the pound to fall. During an intense weekend of negotiations, Rishi Sunak announced his candidacy on Sunday. "I want to fix our economy, unite our party and act for our country," he said on Twitter, promising "integrity, professionalism and responsibility". Rishi Sunak had regularly denounced Liz Truss' economic plan this summer.

The other candidate, Minister for Relations with Parliament Penny Mordaunt, is far from 100 sponsorships. He still has Monday morning to get there (until 2 p.m.) a task that seems difficult. She let it be known on Sunday evening that she was staying in the race, presenting herself as the one who could unite the party. In the afternoon, if she obtains the necessary support, there will be an indicative vote by MPs on their preferred candidate, a measure that did not exist this summer, when party members voted for Liz Truss while MPs preferred Rishi Sunak. This step leaves full latitude to whoever would be the least well placed to withdraw.

In the event that the two candidates are maintained after the vote of the deputies, it will be up to the 170,000 members of the conservative party to decide between them and choose the new head of government. Otherwise, Rishi Sunak could be appointed Prime Minister as soon as Monday evening, the fifth since the 2016 Brexit referendum, which opened a page of economic and political turbulence in the United Kingdom. This grandson of Indian immigrants would then be the first non-white to hold this position in the country.

"We will always be grateful" to Boris Johnson, he said on Twitter on Sunday evening, recalling that his former boss, with whom he had been at loggerheads for months, had been the Brexit man, the one to put large-scale implementation of a vaccination campaign against Covid, and had led the country during "some of its most difficult challenges". He also mentioned his support for Ukraine since the invasion of Russia.