Unemployment insurance reform: time for the vote in the National Assembly

Interlude in the hemicycle between questions to the government and epic discussions on the budget, the solemn vote on these "emergency measures" with a view to "full employment" will be held at the end of the afternoon. 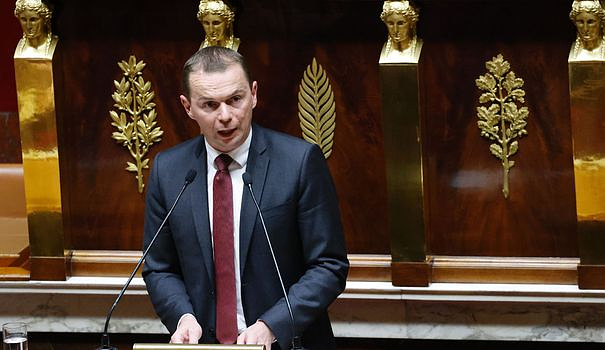 Interlude in the hemicycle between questions to the government and epic discussions on the budget, the solemn vote on these "emergency measures" with a view to "full employment" will be held at the end of the afternoon.

Despite heated debates on the possibility of lowering unemployment benefits in a period of upturn for employment, fiercely contested by the left alliance Nupes, the macronists do not anticipate being in difficulty for this election. They will be able to count on the support of the LR pivot group, even if the latter deems the bill insufficient.

"There is nothing in the text" while "there is a real subject to improve the functioning of the labor market", even judges the boss of the LR deputies Olivier Marleix. But the government has made some overtures to the right.

The bill, which was debated by the Assembly last week and will be before the Senate from October 25, initially plans to extend the current unemployment insurance rules, resulting from a hotly contested reform of Macron's first five-year term.

It also triggers the possibility, by decree, of modulating unemployment insurance so that it is "stricter when too many jobs are unfilled, more generous when unemployment is high", in the words of Emmanuel Macron during the presidential campaign.

“We will not touch the amount of compensation”, repeated to the JDD the Minister of Labor Olivier Dussopt. But "one can on the other hand wonder about the conditions of entry into the system - six months worked out of twenty-four today - and about the duration of compensation".

After a phase of consultation with the social partners from next week, the government will decide by decree on the form that this modulation of unemployment insurance will take, for entry into force at the start of 2023.

Such a reform is approved by a narrow majority of French people: 53% against 47% according to an Odoxa poll for Challenges and BFMBusiness.

The executive insists that it is urgent, due to recruitment difficulties in the hotel, restaurant or construction industry. He sees it as a first brick to achieve the goal of full employment in 2027, i.e. an unemployment rate of around 5% against 7.4% currently.

The left has continued to speak out against a bill which "declares war on the unemployed" according to Mathilde Panot (LFI), and gives "a finger of honor to social dialogue" according to Jérôme Guedj ( PS). "You are making unemployment insurance an adjustment variable when its only objective is to protect socially", launched the communist Pierre Dharréville.

RN deputies have joined in this challenge to an "unfair reform which targets the unemployed". They put their proposals for "national priority" on the table, with amendments in particular to reserve unemployment benefits for "French citizens", a "return of their old moons" according to the majority.

At the end of this sometimes eventful examination, the rapporteur Marc Ferracci (Renaissance) is pleased that there were no "unpleasant surprises", despite sometimes close votes, and that the bill was not " denatured".

With the approval of the Minister of Labour, the deputies voted for a "very differentiated application" of the modulation overseas, hardest hit by unemployment.

By amendments Renaissance, Modem, Horizons and LR, they decided that "abandonments of post" will be assimilated to resignations, to limit access to unemployment insurance.

Another part of the bill plans to extend the validation of acquired experience (VAE) to “close caregivers and family caregivers”, to facilitate their access to old age professions.

The Assembly approved the creation of a "true public service" of the VAE, still little used due in particular to its complexity. A "one-stop shop" will be offered via a digital platform.