Unemployment insurance: Parliament will pave the way for a new reform

The senators must ratify at the end of the morning, by a final vote, a compromise found with the deputies on this text, which did not require the government to resort to the constitutional weapon of 49. 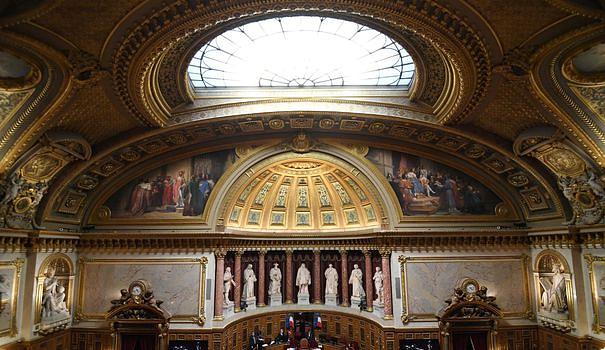 The senators must ratify at the end of the morning, by a final vote, a compromise found with the deputies on this text, which did not require the government to resort to the constitutional weapon of 49.3 thanks to an agreement reached with the right .

Labor Minister Olivier Dussopt's bill initially plans to extend the current unemployment insurance rules, resulting from a disputed reform of Macron's first five-year term. A decree to this effect was taken in advance at the end of October.

It also triggers the possibility, by decree, of modulating certain rules of unemployment insurance so that it is "stricter when too many jobs are unfilled, more generous when unemployment is high", according to the campaign promise of Emmanuel Macron.

A consultation is underway with the social partners, and the government will announce "the arbitrations retained" on November 21, for an application of the modulation at the beginning of 2023.

“We are working on a modulation of the maximum duration of compensation”, currently from 24 to 36 months depending on age, Mr. Dussopt told deputies on Tuesday.

Thus "we do not plan to modify the conditions of affiliation to the unemployment insurance system". It takes six months of work over a reference period of 24 months to be eligible.

The executive insists that there is urgency in the face of the recruitment difficulties of companies, and makes this reform a first stone of its strategy to achieve full employment in 2027, i.e. an unemployment rate of around 5% against 7, 4% currently.

Deputies and senators reached a compromise on this text of the law in a joint committee last week, but at the cost of a hardening imposed by the LR senators, to which the minister was initially opposed.

It was added that the refusal twice in one year of a CDI after a CDD or an interim contract on the same post, the same place and with the same remuneration, will lead to the loss of unemployment compensation. It will be up to the employer (or both employers) to inform Pôle emploi, which poses a "technical difficulty" so that it is not a "gas factory", according to Mr. Dussopt.

"The government did not want it, but we did not bend," the rapporteur for the text in the Senate Frédérique Puissat (LR) told AFP.

His counterpart in the Assembly Marc Ferracci (Renaissance) finds the measure "little operational and legally fragile", and sees in it "a somewhat ideological approach, even if there is a real subject on the refusal of CDI".

Another provision, added by amendments from the presidential majority and LR deputies, is still debated: "abandonment of post" will now be equated with a resignation, to limit access to unemployment insurance.

Right-wing elected officials "have been force of proposal, both in the Assembly and in the Senate", welcomes the deputy LR Stéphane Viry, who however believes that the bill "does not exhaust" the reforms to be carried out.

In unison with the unions, the left criticizes "a right-wing reform" whose objective would be to "lower unemployment benefits".

Before the final vote Tuesday in the Assembly, acquired by 210 votes against 140, the Insoumis defended in vain a last motion to reject this text bearing, according to them, "a disposable vision of employees". The Socialists have announced a referral to the Constitutional Council.

RN deputies also voted against the bill, by which "punishment and guilt are the order of the day", according to them.

The bill also records the opening of a consultation on the governance of unemployment insurance. Another component programs a "drastic simplification" of the validation of acquired experience (VAE), according to Minister Delegate Carole Grandjean.