Post a Comment Print Share on Facebook
Famagusta
DOLLAR 18,65
EURO 19,70
GOLD 1.072,77
BIST 4.855,92
Four reasons why we need this robber
What these introductory sentences really mean
Federal states agree on rules for more control at ARD and ZDF
"When the unspeakable comes to light, it's political"
That devil is damn lucky
"The sentence 'I am as I am' is a license to ignorance...
The story of a double alienation
"There is more than one gender and fewer than two"
Maximum far away from Hollywood
Meta threatens to remove all messages from Facebook

Unemployment benefit: why more than a quarter of eligible employees do not use it?

The figures have been expected for two years and they are timely. 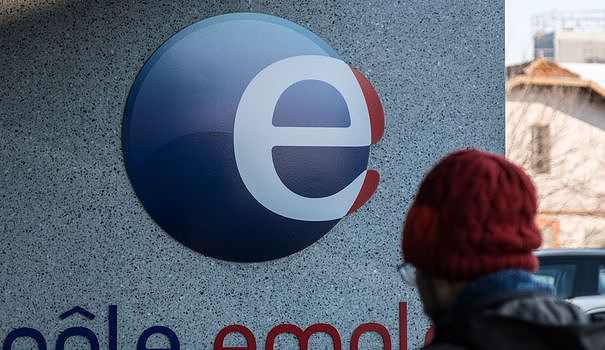 The figures have been expected for two years and they are timely. Between 25% and 42%" of employees who could claim unemployment insurance do not use it, according to an official report, which notes that this proportion is "comparable" to that observed on other social benefits. This text, unveiled by Les Echoswhile the debates on the bill on unemployment insurance are opening in the Assembly, notes that its non-use "has been little studied" and remains a phenomenon "difficult to measure".

The study runs from November 2018 to October 2019, i.e. before the health crisis and the last unemployment insurance reform. It therefore does not take into account the previous reform of 2019 and is based on the eligibility criteria of the Unédic agreement of 2017. In presenting their study, the authors expressed some reservations. They admit to having faced several difficulties, including the fact that the administrative data "do not allow the observation of the condition of effective job search" or the fact that "about one third of people with an end of contract" are already covered by unemployment insurance due to their previous contracts.

But the data compiled is no less surprising: "According to the central assumptions made in the report, approximately 30% of people aged 25 to 60 who experience the end of their contract in the private sector without being registered beforehand with Pôle emploi and who meet the eligibility criteria do not use unemployment insurance", indicates the report, produced by the Statistics Department of the Ministry of Labor (Dares) with economists, and taken up by Le Monde. The study also notes that employees - between 390,000 and 690,000 people - over one year - who do not use unemployment insurance "are not very different" from those who do in terms of age, sex or socio-professional category. On the other hand, three specificities are pointed out.

First of all, employees on temporary contracts (temporary and fixed-term contracts) use "significantly less" unemployment insurance than employees at the end of their permanent contracts. Next, the non-appealants also worked for less time than the appellants, their potential rights being therefore "weaker". "55% of those eligible who have worked between four and six months do not use unemployment insurance, compared to 19% for those who have worked for more than two years", according to the report. Finally, non-appealers find a job more quickly than appellants, with almost a quarter taking up a new position within a month.

But what are the grounds for non-appeal? The document advances "two main families of explanation": the "lack of information" and the "lack of solicitation". In the first case, employees may express doubts about their eligibility, linked to a poor knowledge of the compensation rules, which, depending on their professional background, can be complicated to understand. If no data is specified on other more subjective reasons, we can assume that people who have worked little, but also those who are more on the margins of society or who do not speak French well, may be affected by this type. of difficulties.

The second reason results from an "unfavorable cost/benefit trade-off" (lack of solicitation), for fear of stigmatization, control or anticipation of a rapid exit from unemployment. If all non-claimants aged 25 to 59 asserted their right, there would be 400,000 additional people compensated by Pôle emploi.

This report had been sleeping in the drawers for a while: it had been provided for by the law on the "freedom to choose one's professional future" of 2018 which provided that it be submitted to Parliament "within two years". Since then, elected officials had expressly requested its publication, like François Ruffin (LFI), who accused the government of "censoring" this document ahead of the presidential election.

On the occasion of the unemployment insurance reform project, Pierre Dharréville, the Communist MP for Bouches-du-Rhône, tabled an amendment last week, requiring the government to make the report public within a month. . It was all the more necessary as the guilt and stigmatization of the unemployed prospers in the public debate”, he wrote on Twitter, Monday October 3.

And the non-use of social assistance is far from being a marginal phenomenon. The authors note that the non-use of unemployment insurance is thus "close" to that observed for other benefits, citing the rates of "34% for the active solidarity income (RSA)" and "32% for the pensions".