The threat reminds the Greeks of painful memories. 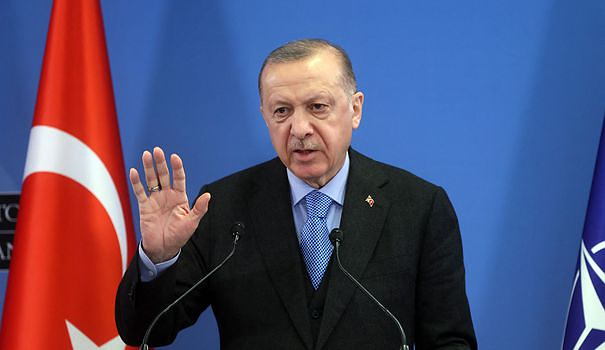 The threat reminds the Greeks of painful memories. Visiting northern Turkey, in Samsun, during the aerial technology festival, Turkish President Recep Tayyip Erdogan has taken a step up in the verbal escalation of tensions with Greece. "Your occupation of the islands (in the Aegean Sea near Turkey, editor's note) does not bind us in any way. When the time comes, we will do what is necessary. We can arrive suddenly at night", he declared, using a formula often used when he spoke of launching an operation in Syria and which he carried out several times.

Greece will pay a "high price" if it continues to violate Turkish airspace and "harass" its planes in the Aegean Sea, the Turkish president warned on Saturday. According to Recep Tayyip Erdogan, Greece is violating international agreements by militarizing the Aegean islands. Already last Sunday, Ankara had claimed that Turkish planes on a mission in this area had been targeted by the Greek S-300 air defense system. The Turkish authorities then denounced a "hostile action". "Hey Greece, look at history. If you continue, you will pay a high price," Erdogan said. And to add: "We have a word for Greece: do not forget Izmir", referring to the city of the Aegean Sea that the Greeks call Smyrna.

This last sentence refers to a decisive episode in the Turkish War of Independence when, just one hundred years ago, in 1922, the forces of Mustafa Kemal expelled Greek soldiers from the Aegean city of Izmir, which they occupied since the carving up of the Ottoman Empire, says RFI. A fire in the city after the arrival of Turkish troops had resulted in a massacre of the Greek populations of Asia Minor. This "war of liberation", for the Turks, had been launched three years earlier from Samsun, a city on the shores of the Black Sea where Recep Tayyip Erdogan delivered his speech this Saturday.

“Greece is not going to follow Turkey in the daily descent of outrageous statements and threats beyond all limits,” the Foreign Ministry said in a statement on Saturday evening. "We will immediately inform our allies and partners of the content of the provocative statements of recent days, in order to make it clear who is blasting the cohesion of our alliance in a particularly dangerous time."

After a short period of appeasement and rapprochement, Greece and Turkey have been inveighing against each other again for several weeks. In the uniform of commander of the Turkish armed forces, Recep Tayyip Erdogan demanded from Greece, on June 9, the disarmament of certain Greek islands in the Aegean Sea, invoking treaties made between Ankara and Athens. "I'm not kidding [...] Greece has violated the status of these islands and must disarm them. Otherwise a debate over their sovereignty will begin," he said.

Turkish diplomacy has thus challenged Greek sovereignty over certain islands in the Aegean Sea, whose status was defined by the Peace Treaty of Lausanne (1923), the Convention of Montreux (1936) and the Peace Treaty of Paris of (1947). In short, Ankara accuses Athens of having deployed troops there, in contravention of these agreements. What the Greeks refute.

As Les Echos pointed out, Recep Tayyip Erdogan is a supporter of the Turkish doctrine of the "Blue Fatherland". This concept was developed within the Turkish Navy by nationalist admirals in the mid-2000s. They would like to redraw the maritime borders in the Aegean Sea and the Eastern Mediterranean, of which they consider themselves wronged. The map of the "Blue Homeland" designed by these admirals thus essentially aims to encroach on the special economic zones (ZEE) claimed by the Greeks and the Cypriots. "The main enemy of the supporters of this doctrine is pan-Hellenism, that is to say the fear that Greece and Cyprus are trying to unify their strategies in order to encircle Turkey and block its access to the Mediterranean" , explained to the economic daily Aurélien Denizeau, researcher in international relations and specialist in Turkish foreign policy.

The two countries, members of NATO, have been opposing each other over the course of their maritime and air borders in this area for years, coming close to armed confrontation several times. The previous escalation of tensions took place in the summer of 2020, around the small Greek island of Kastellórizo, located just a few kilometers from the Turkish coast. Turkey had sent its seismic prospecting vessel Oruç Reis, escorted by warships, to probe the seabed of an area it disputes with Greece, in search of hydrocarbons. In response, Athens had launched naval maneuvers, until the announcement of a "significant" arms purchase program. In recent years, the conflict has taken on another dimension with the discovery of large natural gas reserves in the eastern Mediterranean.