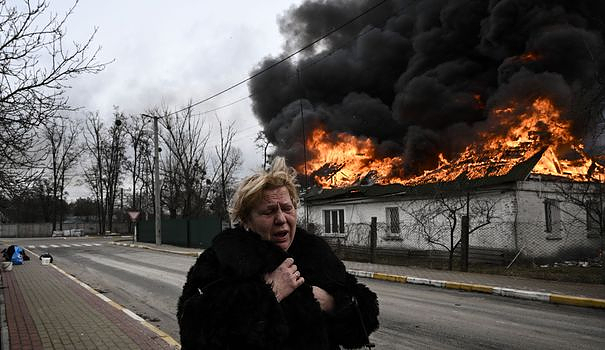 United Nations humanitarian agencies will need 51.5 billion US dollars (49.6 billion euros) next year, needs up by 25%. These funds will allow them to finance their programs to help 230 million of the most vulnerable people in 68 countries.

"Next year will therefore be the largest humanitarian program" ever launched globally, the head of the UN humanitarian agency Martin Griffiths told reporters.

However, the UN does not come to the aid of all those in need.

A total of 339 million people worldwide are expected to need emergency assistance next year, up from 274 million in 2022.

The Briton also pointed out that humanitarian needs, which experienced a "peak" following the Covid-19 pandemic, have unfortunately not diminished since.

"Droughts and deadly floods are wreaking havoc (...) from Pakistan to the Horn of Africa. The war in Ukraine has turned part of Europe into a battlefield. More than 100 million people are displaced in the world. And all this on top of the devastation the pandemic has wreaked on the world's poorest," said Griffiths, who expects 2023 to be in the same vein as 2022.

The appeal for funds launched by the UN indeed paints a bleak picture of the world state.

"Five countries are already experiencing what we call near-famine conditions, where we can say ... people are dying because of displacement, food insecurity, lack of food," said Mr. .Griffiths.

These are Afghanistan, Ethiopia, Haiti, Somalia and South Sudan, a spokesman for the UN's Office for the Coordination of Humanitarian Affairs, Jens Laerke, told AFP. .

Public health is also under pressure around the world, due in particular to the persistence of Covid-19 and mpox (the name given this week by the World Health Organization to monkeypox), the reappearance of Ebola in Uganda and the presence of multiple cholera epidemics around the world, particularly in Syria and Haiti.

All of this against a backdrop of climate change, which only increases risks and vulnerabilities, especially in poor countries. By the end of the century, extreme heat could kill as many people as cancer, according to the UN.

In 2022, the fundraising appeal was 47% funded, whereas previously, "before these last two to three years, we would have secured 60 to 65% funding globally," Griffiths explained,

The generosity of donors does not indeed make it possible to compensate for the rapid growth of needs, he explained, saying he hopes that "2023 will be the year of solidarity, after a year 2022 of suffering".

According to the UN, the funding gap has never been so important, and is currently 53%, forcing humanitarian organizations to make the sad choice of targeting populations that will benefit from aid.

The country for which the United Nations will have the greatest need for funds next year is Afghanistan (4.63 billion dollars), followed by Syria, Yemen and Ukraine, ahead of Ethiopia in particular.