The United Nations began to record its own account of the violence of the war in Ukraine. 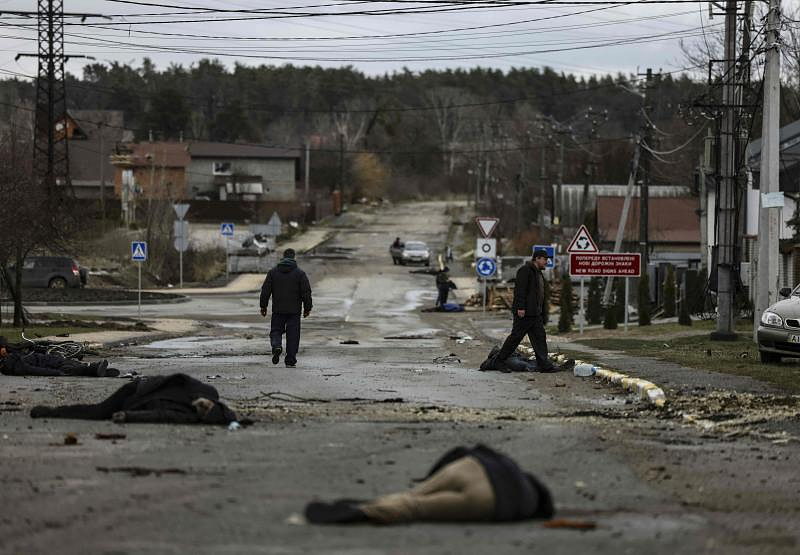 The United Nations began to record its own account of the violence of the war in Ukraine. In the first month of war, investigators have documented at least 300 summary executions by civilians in areas occupied in part by the Russian Army. This does not include deaths from combat, ill-treatment, or neglect. Worse, the report warns it is only a small part of an even more brutal and inhumane reality. The UN's chilling account of gang violence, forced nudity in the public, and threats of violence by the Russian military is a disturbing example of this.

The numerical field also includes the war between Russia and Ukraine. The source of the victims' numbers varies. Experts think it is necessary to wait until the conflict ends to objectively determine the cost of the invasion on lives. Even then, there will still be significant margins of missing persons. In cities like Bucha and Mariupol, residents testimonies refer to the burial in mass graves that are not known, the cremation or volatilization of bodies to conceal evidence of war crimes, as well as the destruction of customer property in the case of the recent Russian bombing of a Kremenchuk mall. Sinister factors can lead to uncertainty. Although the UN acknowledges that these data will not be sufficient, they can prove that hell exists and is currently devouring Eastern Europe. "Civilians continue bear the burden of hostilities," said Matilda Bogner (head of UN Human Rights Monitoring Mission to Ukraine), during presentation of document. Bogner also warned of "serious degradation of the situation in human rights in the country" where there are complaints of ill treatment or arbitrary detention.

The United Nations confirmed that 10,000 civilian victims were found from the start of the occupation, which was February 24, to May 15. This includes 4,731 people who died. However, he warns that teams continue to discover evidence of crimes, and new graves. In recent weeks, the death toll has increased due to Russia's intensified attacks in Donbas. However, the statistics are below those of the Government Of Kyiv. Their calculations show that at most 5,000 people would have died in Mariupol, which was martyred.

The "summary executions civilians" show that the start of the war was filled with terror, inhumanity and blood. In the first month alone, 300 executions were recorded in this report. Ukraine sees in these acts of cruelty the intention of the occupying force to create panic and accelerate the country's fall. These murders took place in over thirty settlements in the Sumy, Chernigov and Kharkov regions. They are still being investigated and the international agency expects an increase in executions in the coming weeks.

The neighbors provided enlightening accounts about the Russian units' behavior in searching for "Nazis," shooting at adults who were capable of carrying weapons. An investigation by the "New York Times" revealed a video that shows eight blindfolded men being executed in Bucha. The footage was recorded with their hands behind their heads. It took place on March 4. It happened on March 4. 50 cases similar to this one were documented in Bucha. "The daily killings of civilians, torture, disappearances, and other violations must stop. Matilda Bogner, Matilda's assistant, presented the report during Matilda's presentation.

The conflict in the former republic demonstrates that there are no minimums. An international team, which includes forensic experts from Spain, conducted the investigations and discovered many violations of the rules. These rules were "not respected on many occasions by the Russian and Ukrainian forces", which has "increased the number of civilian casualties and the damage to civilian property." Technically speaking, soldiers ignored basic principles of protection for the population like "distinction" or "precaution", which could have led to more civilian deaths from urban clashes and indiscriminate bombardment. One of the most well-known examples is that at Mariupol theater where Russian missiles destroyed 300 to 600 civilian refugees living in their basement, it is tragic.

The United Nations has confirmed that both armies violated Humanitarian Law when treating civilians and prisoners of war. There are allegations of torture, ill treatment, or medical neglect. The agency has confirmed 248 cases in which local politicians, activists, and journalists were arbitrarily arrested. Sometimes, these arrests led to forced disappearances. These cases can be attributed to Russian troops, separatist groups in Donetsk, and Lugansk. Six of their bodies were discovered days later. The UN denounces the "kidnappings of citizens" by Ukrainian militias suspected of supporting the invading Army and says that it did not save them from such acts.

The war is not good for the notaries of terror. The United Nations lists seventeen journalists and bloggers who were killed during the three-month period of fighting. It warns that there will be a drastic reduction in freedoms of expression and information. The UN concludes the report with a plea for justice for all victims, which can be taken to support the establishment of an international tribunal for war crimes. The Human Rights Monitoring Mission's head stated that "those responsible must be held accountable, and victims and their families should enjoy their right to remedy and truth."

‹ ›
Keywords:
ConfirmaEjecucionesSumariasCivilesUcrania
Your comment has been forwarded to the administrator for approval.×
Warning! Will constitute a criminal offense, illegal, threatening, offensive, insulting and swearing, derogatory, defamatory, vulgar, pornographic, indecent, personality rights, damaging or similar nature in the nature of all kinds of financial content, legal, criminal and administrative responsibility for the content of the sender member / members are belong.
Related News