The United Nations investigation into the shooting death of Shireen Abu Akleh concluded that the shots that killed Abu Akleh, and injured Ali Sammoudi were fired by Israeli security forces. 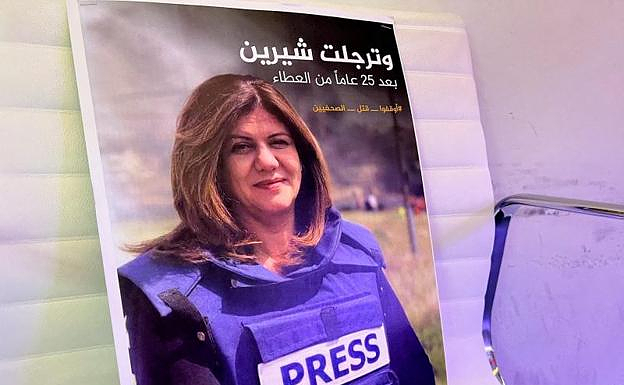 The United Nations investigation into the shooting death of Shireen Abu Akleh concluded that the shots that killed Abu Akleh, and injured Ali Sammoudi were fired by Israeli security forces. This is not indiscriminate firing by armed Palestinians. The international investigation confirms the findings of media investigations such as The Washington Post and The New York Times. All of them point to the Israeli Army being responsible for the fatal headshot that claimed the life of the 51-year old reporter from Al Jazeera.

Shireen Abu Akleh covered an Army operation at the Jenin refugee camp on May 11. This veteran journalist, a legend in Palestinian journalism, was clearly identified and covered with a helmet and vest. But this didn't help her. Ravina Shamdasani (UN Human Rights Office spokesperson) assured that there was no activity in the area by Palestinian armed groups and that several bullets were fired at journalists by Israeli security forces.

According to international organizations, the soldiers continued firing at the unarmed man who helped Abu Akleh. This is evident in the photos taken by reporters. UN considers it "very concerning" that Israeli authorities have not conducted a criminal investigation.

Israel is a betting on ambiguity despite all the advancements in video surveillance to monitor Army operations in the occupied territory. It maintains that Abu Akleh was not intentionally killed by a soldier and that it is impossible to determine whether he was killed either by a Palestinian militiaman, or a soldier. Although Israel claims the bullet, the Palestinians refuses to give the evidence from the autopsy to the reporter. They plan to bring it directly to International Justice. Al Jazeera was able to see a photo of the projectile. It is a 5.56mm caliber, which is the same as the Israeli M4 rifles.

The Jewish State is determined to make a quick turnaround and has decided to not open a criminal investigation. The agents involved in the brutal intervention at the funeral of the reporter, where they even charged the coffin bearers, will not be punished. Haaretz was able to access the Police's internal investigation and found that there had been "misconduct", but that the police will not punish those who were responsible.

‹ ›
Keywords:
AcusaIsraelAsesinatoPeriodistaShireenAkleh
Your comment has been forwarded to the administrator for approval.×
Warning! Will constitute a criminal offense, illegal, threatening, offensive, insulting and swearing, derogatory, defamatory, vulgar, pornographic, indecent, personality rights, damaging or similar nature in the nature of all kinds of financial content, legal, criminal and administrative responsibility for the content of the sender member / members are belong.
Related News