At a meeting in Berlin, Ukrainian Prime Minister Denys Schmyhal made concrete proposals to Chancellor Olaf Scholz (SPD) on the delivery of Leopard 2 main battle tanks to Ukraine. 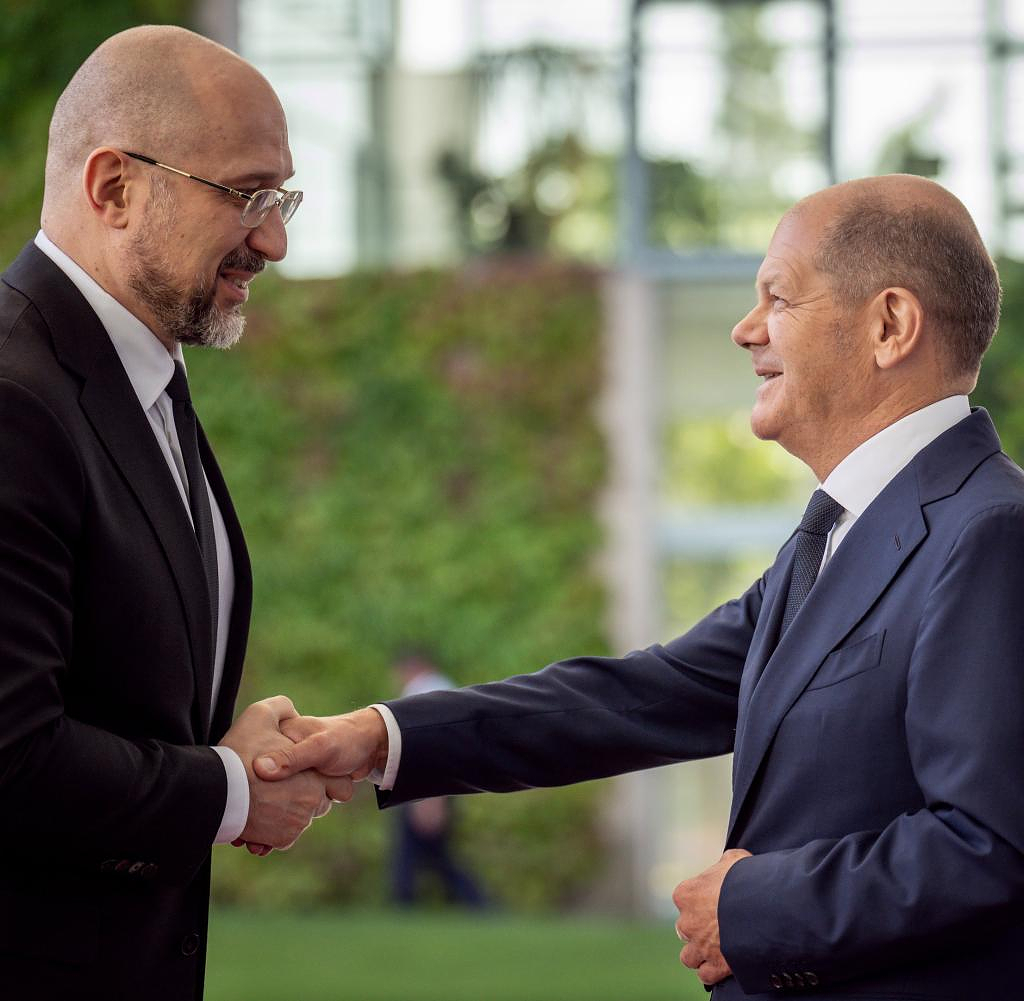 At a meeting in Berlin, Ukrainian Prime Minister Denys Schmyhal made concrete proposals to Chancellor Olaf Scholz (SPD) on the delivery of Leopard 2 main battle tanks to Ukraine. "We talked about the subject. We even suggested how Germany can supply Ukraine with these tanks," Schmyhal told journalists on Sunday after his talks with Scholz in the Berlin Chancellery.

He could "not disclose all the agreements and all the details of the conversation". "But we discussed all these questions about the tanks and other military systems for Ukraine in an absolutely constructive manner." When asked if he was optimistic that the main battle tanks would be delivered in the end, he said: "I'm always optimistic."

The Prime Minister was received by Scholz with military honors in front of the Chancellery in the afternoon. A joint press conference was canceled on Saturday by the German side due to scheduling reasons.

Government spokesman Steffen Hebestreit said at the meeting, among other things: "The Chancellor stressed that Germany would not let up in supporting Ukraine militarily, but also politically, financially and humanitarianly." He did not go into possible concrete arms deliveries.

Even before his arrival in Berlin, Schmyhal had requested the delivery of Leopard 2 main battle tanks from the German government. "We need a change in the philosophy of arms deliveries. By that I mean: modern battle tanks should also be delivered, ”said Schmyhal in an interview with the German Press Agency. The Leopard 2s are "the modern tanks that Ukraine needs on the battlefield."

"We need a change in the philosophy of arms deliveries. By that I mean: modern battle tanks should also be delivered, ”said Schmyhal in an interview with the German Press Agency. The Leopard 2s are "the modern tanks that Ukraine needs on the battlefield."

Without Western support, Ukraine would be in a poor position against Russian superiority. CDU leader Merz is in favor of the delivery of Leopard 2 tanks. "Now is exactly the right time to demand this," says Prof. Maximilian Terhalle, an expert in geopolitics and strategy.

The federal government has so far promised Ukraine weapons worth more than 700 million euros, most of which have already been delivered - including some heavy weapons: ten heavy artillery pieces of the Panzerhaubitze 2000 type, 15 anti-aircraft tanks, three multiple rocket launchers and three armored recovery vehicles.

So far, Scholz has expressed skepticism about the delivery of battle tanks. So far, no other NATO country has delivered western-style main battle tanks to Ukraine. The Chancellor has always insisted that Germany will not go it alone.

During his visit, Schmyhal not only made demands, but also made an offer. Ukraine wants to support Germany with the delivery of nuclear power on its way out of dependence on Russian energy supplies.

‹ ›
Keywords:
NewsteamUkraineKriseScholzOlafPanzerRusslandUkraineKrieg (24.2.2022)
Your comment has been forwarded to the administrator for approval.×
Warning! Will constitute a criminal offense, illegal, threatening, offensive, insulting and swearing, derogatory, defamatory, vulgar, pornographic, indecent, personality rights, damaging or similar nature in the nature of all kinds of financial content, legal, criminal and administrative responsibility for the content of the sender member / members are belong.
Related News