Ukraine, World War II... How history is taught to Russians

If a war is won on the ground, it is being prepared - also - in the classrooms. 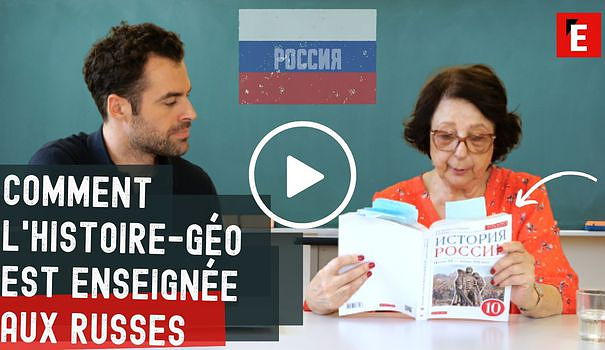 If a war is won on the ground, it is being prepared - also - in the classrooms. The history textbook we got from a Russian bookstore is a good illustration of this. Published in 2021, and intended for students in Première (or equivalent), the book retraces the Russian history of the past century: First and Second World Wars, rise and fall of the Soviet empire, annexation of Crimea... 368 pages in which the Russian rectorship reveals the flexibility of its historical rigor.

"Students must be inspired by the glorious past of Russia in order to become true patriots, summarizes the historian Galia Ackerman. The truth is not totally absent, but in strategic moments, it is diverted". In our video, the writer agrees to play the translator, reading certain passages, before placing them in their historical context.