Ukraine: what we know about the explosion of a missile in Poland, a member of NATO

And the world holds its breath once again. 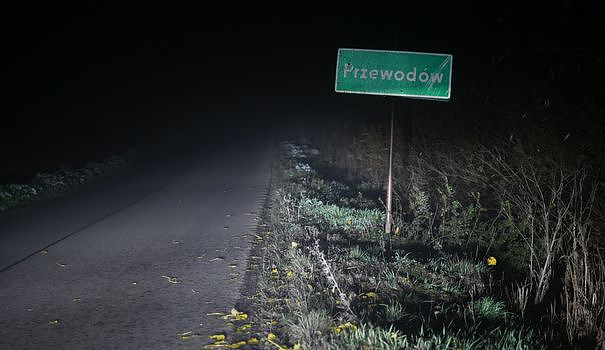 And the world holds its breath once again. What happened this Tuesday in Poland, and above all what will be the consequences of this incident? While Ukraine was under heavy bombardment, and the G20 countries met in Bali, a "most likely Russian-made" device killed two people in the border village of Przewodow, according to Polish authorities. The images, showing agricultural equipment scattered in a crater, on land protected by NATO, of which Poland is a member, immediately went around the world. What we know.

At 2:40 p.m. (GMT), in the village of Przewodow (...), about ten kilometers as the crow flies from the Ukrainian border, a "Russian-made projectile fell, killing two citizens of the Republic of Poland" , according to a statement from the Polish Foreign Ministry. The Russian ambassador had been summoned for "detailed explanations", first specified the ministry, before procrastinating, in second statements. The latter note that there is at this stage no "equivocal proof" on the origin of the firing of the murderous missile, however "very probably of Russian manufacture".

During the night, Polish Prime Minister Mateusz Morawiecki called on "all Poles to remain calm in the face of this tragedy", after an emergency meeting of his cabinet. The alert level of "certain combat units" has been raised, the Polish government also indicated. The area where the device exploded is particularly militarized. Poland, which shares a border with Ukraine, invaded on February 24 by Russia, is a member of NATO and some 10,000 American soldiers are in the country. The incident has not yet been formally attributed to Russia.

NATO announced in the evening to hold an "emergency meeting" on Wednesday, with the ambassadors of the Alliance. If the alliance deems it to be an armed attack, then article 5 of the military organization could be activated. This article guarantees a coordinated response from all members, who are then considered to be attacked too.

For his part, Ukrainian President Volodymyr Zelensky expressed his "condolences for the death of Polish citizens who were victims of the terror of Russian missiles". "Ukraine, Poland, all of Europe and the world must be fully protected from the Terrorist Russia,” Zelensky continued.

This "shooting" if any, came on the evening of a day marked by an intense Russian bombing campaign on Ukrainian infrastructure, described by President Zelensky as "a slap in the face of the G20". If the G20 did not intervene on its behalf, France and the United States expressed their concerns. "Given the stakes, it is logical that we approach the question with the greatest caution", underlined the French presidency on the sidelines of the G20 summit in Bali, Indonesia, recalling that "the risks of escalation are significant" .

“There is a lot of equipment in the region, a lot of concentration of armaments. Many countries have the same type of armaments and therefore identifying the type of missile is not necessarily identifying the actor who put it implemented", noted an adviser to President Emmanuel Macron. "You have to look at the facts very precisely, look at the news, the sky maps, see the satellite readings. This is a case that you can't go wrong about," continued another presidential adviser. it was a Ukrainian missile (..) it would not by nature be the same thing politically (as a Russian shot, editor's note) because we do not imagine that Ukraine would intentionally fire at Poland" , he added. US President Joe Biden for his part deemed it "unlikely" that the missile was launched from Russia.