Ukraine: Westerners and Russians raise their voices after six months of war

The tone also rose in Russia, where the head of diplomacy, Sergei Lavrov, declared that there would be “no mercy” for the murderers of the daughter of a pro-Kremlin ideologue killed on Saturday by the Ukrainians according to the Russian security services. 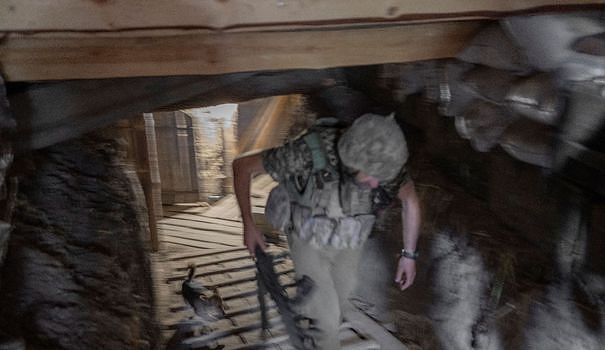 The tone also rose in Russia, where the head of diplomacy, Sergei Lavrov, declared that there would be “no mercy” for the murderers of the daughter of a pro-Kremlin ideologue killed on Saturday by the Ukrainians according to the Russian security services.

The American embassy in Ukraine published in the morning an alarmist message warning that Russia could intensify its bombardments "over the next few days", and called on American citizens to leave the country "now".

“The Department of State has information that Russia is intensifying its efforts to launch strikes against civilian infrastructure and government facilities in Ukraine,” the embassy said on its website, without further details. on the places potentially concerned.

Since the withdrawal of Russian forces from around kyiv in late March, the bulk of the fighting has been concentrated in eastern Ukraine, where Moscow slowly gained ground before the front froze, and in the south , where the Ukrainian troops say they are carrying out a counter-offensive, which is also very slow.

Russia, however, continues to regularly target Ukrainian cities with long-range missiles, though rarely targeting the capital Kyiv and its surroundings.

Ukrainian President Volodymyr Zelensky for his part estimated on Tuesday that there was "every day" a threat of new Russian strikes on kyiv.

“We know that they are primarily targeting infrastructure or government buildings, but nothing has fundamentally changed since February 24,” the first day of the invasion, he told a press conference. .

"This is what Russia does all the time," added Mr. Zelensky while promising a "powerful response" in the event of strikes.

The Ukrainian president was to meet during the day with his Polish counterpart Andrzej Duda, who arrived in kyiv in the morning as part of the "Crimean platform", an initiative bringing together the main states supporting Ukraine and which already existed before the invasion of the country by Russia on February 24.

Mr. Duda intends to continue to help kyiv, including politically by helping to "persuade other countries" to support the Ukrainians, and called for tougher sanctions against Moscow, explained his services.

Poland is among the most unconditional supporters of Ukraine and the greatest critics of Russia within the EU, when other countries such as Germany or France display positions that are sometimes more measured and criticized by kyiv. .

French President Emmanuel Macron raised his voice on Tuesday by urging the international community to show "no weakness, no spirit of compromise" in the face of Russia", in a video message to the "Crimea platform" summit.

The Europeans are ready to support Ukraine's "fight" "for the long term", he added to the attention of President Zelensky.

In their addresses at the summit, other Western leaders continued to strongly condemn the Russian invasion.

"We will never recognize any attempt to change the status of any part of Ukraine," German Chancellor Olaf Scholz said.

"We must continue to provide Ukraine with all necessary (economic, military, etc.) aid until Russia ends this war and withdraws its troops from all over Ukraine," the Prime Minister added. British Minister Boris Johnson.

Vladimir Putin is counting on the "reluctance" of Europeans to bear the consequences of the war unleashed by Moscow in Ukraine and the unity of the Member States needs to be "maintained from day to day", underlined the head of diplomacy of the EU, Josep Borrell, in an interview with AFP.

Faced with this war which "lasts" and "seems to last", the European Union indicated on Monday that it was considering a mission "to train and assist" the Ukrainian army in neighboring countries, a proposal which will be discussed on next week in Prague by European Defense Ministers.

kyiv also says it is preparing its troops for the idea of ​​a long-term conflict. An adviser to the Ukrainian presidency, Mikhaïlo Podoliak, told AFP on Monday that Moscow, despite its footy calls for Ukraine to negotiate, in reality wanted to obtain "an operational break for its army" before launching " a new offensive".

On Monday, the commander-in-chief of the Ukrainian army, General Valery Zaluzhny, admitted that nearly 9,000 of his soldiers had been killed since the start of the invasion, one of the few statements by Ukrainians about their military losses in this war.

In Russia, several hundred people gathered in Moscow on Tuesday for the funeral of Daria Douguina, the daughter of a pro-Kremlin ultranationalist ideologue and writer, killed on Saturday evening in the explosion of her car.

Daria Dugina, a 29-year-old journalist and political scientist, was like her father, Alexander Dugin, a fierce supporter of the Russian offensive in Ukraine.

"It was a barbaric crime for which there can be no forgiveness (...). There can be no mercy for the organizers, the sponsors and the performers", reacted the Russian Minister of Foreign Affairs, Sergei Lavrov.

"She died at the front for the nation, for Russia. The front is here," said Dougin in a trembling voice, his eyes darkened.

The Russian security services (FSB) said on Monday that the attack was planned and carried out by Ukrainian intelligence services. As of Saturday, Russian media had accused kyiv, believing that the target of the attack was in fact Alexander Dougin.

Ukraine has denied it altogether, and in return accused Russia of having committed this crime in an attempt to remobilize public opinion, according to it, which is less and less favorable to the war.

This murder undermined the efforts of the Russian authorities who are trying to convince the population that the offensive in Ukraine has no negative consequences for them.

However, the conflict has become more and more visible in recent weeks, with in particular a series of explosions in Crimea, the Ukrainian peninsula annexed by Moscow where many Russians traditionally spend their holidays.