Ukraine: at the Zaporizhia power plant, the human factor can change everything

Around the Zaporijia power plant, the largest facility in Europe, fighting continues between Russians and Ukrainians. 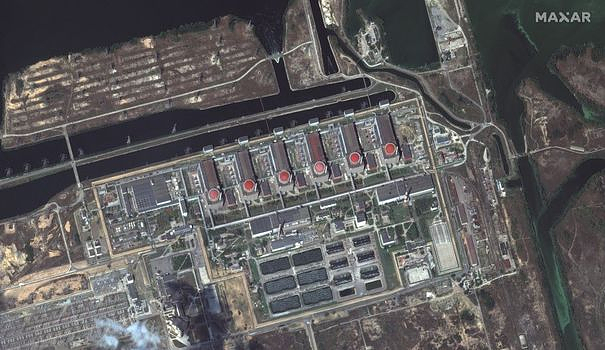 Around the Zaporijia power plant, the largest facility in Europe, fighting continues between Russians and Ukrainians. The former would like to divert the electricity from the power station in order to supply the Crimea which they already occupy and at the same time deprive Ukraine of a precious energy resource. And the latter are trying to prevent them, which would explain, according to some analysts, the continuity of the clashes in the area.

One thing is certain: the Zaporijia site was "totally disconnected" from the network on Thursday August 25 due to damaged high-voltage lines, according to a press release from the Ukrainian operator EnergoAtom. “Specifically, there are four 750,000-volt lines on site, three of which have been down for some time. On Thursday, the fourth went down, due to a fire. to evacuate the power from the reactors (the lines are used both to transport the current to the outside and to cool the plant, editor's note). So reactors 5 and 6, which were the last to operate, were stopped. To our knowledge, another 330,000-volt high-voltage line, which connects the nuclear power plant to a nearby coal-fired power plant, continued to operate, supplying the plant's emergency systems", explains Olivier Dubois, deputy director safety expertise at the IRSN (Institute for Radiation Protection and Nuclear Safety). The cooling of the reactors has therefore been ensured, but we are dangerously approaching the last protective measures available, namely the use of emergency diesels.

Ukrainian President Volodymyr Zelensky is already threatening a radiological incident. And indeed, the probability of seeing an incident of this type occur has increased significantly, compared to a normal situation. However, predicting what will happen is proving extremely difficult for atomic experts because the human factor - in this case the behavior of the belligerents - remains preponderant. The most important thing at the moment is that the plant remains powered by electricity. "This is the critical point. Even if the reactors are now shut down, they must be permanently cooled," recalls Patrick Chardon, specialist in the effects of radioactivity on the environment at the Clermont-Ferrand Physics Laboratory. And the same goes for swimming pools containing radioactive elements that need electricity to evacuate the heat.

Relatively recent, the Zaporizhia power plant has safety elements far superior to those of Chernobyl. Each reactor is connected to two emergency diesels capable of holding out for a week without outside help. "The fact of being cut off from the network is something that is normally taken into account in the safety provisions of the design of the installations", adds Patrick Chardon. It is also technically possible to link the plant to areas that have come under Russian control. "It's a bit the opposite that happened a few months ago," said an observer. Ukraine has "disconnected" from Russia to connect to Europe by seven very high voltage lines. A project initially envisaged in 2017, the realization of which was precipitated by the war.

However, the presence of fighting in the Zaporijia area makes any operation more difficult and uncertain. Once again, the human aspect - more than the technical considerations - will determine the sequence of events. "The belligerents know the place perfectly well. They would have to really deliberately decide that there is an accident for there to be one", reports on BFMTV Valérie Faudon, general delegate of the French Nuclear Energy Company ( SFEN). Would the incident take the form of an ill-intentioned fire on a reactor or on the cooling pools, which do not have the same protections? Impossible to say. The human hazard also applies to the Ukrainian teams responsible for managing the plant, which remain under pressure since the Russians control the premises. "In each past disaster, the human factor has come into play, either through inappropriate behavior or through poor analysis of the situation...", confirms Patrick Chardon.

"A site like Zaporijia should be sanctuarized," said the specialist. At present, none of the seven rules issued by the IAEA for the plant to operate in good conditions are respected. In the event of a glitch, it would be very difficult to control any radioactive releases or to organize relief. "We are in an extraordinary situation", underlines the expert. And unfortunately, the lines of defense that separate us from an incident are shrinking.