While Ukrainian troops have been carrying out a vast counter-offensive since last week, in particular to retake the occupied region of Kherson and on which little information had filtered, the general staff announced a series of successes on several fronts. 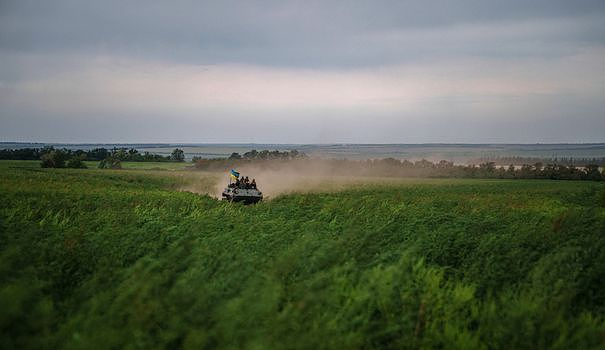 While Ukrainian troops have been carrying out a vast counter-offensive since last week, in particular to retake the occupied region of Kherson and on which little information had filtered, the general staff announced a series of successes on several fronts.

The most significant gains are in the Kharkiv region, bordering Russia in the northeast, where Ukrainian forces claim to have broken through Russian defenses 50 kilometers deep and recaptured more than 20 localities from Moscow troops.

In southern Ukraine, kyiv forces say they have broken through "deeply", up to "several tens of kilometers", the Russian lines and "liberated several localities", according to Oleksiï Gromov, a senior state official. -Ukrainian major.

In the Donbass, a mining basin in eastern Ukraine where the heaviest fighting of the war had taken place in recent months, kyiv said it advanced 2 to 3 kilometers near Kramatorsk and Sloviansk and recaptured the village of Ozerne.

These gains, the biggest for Ukraine since the withdrawal of Russian troops from around kyiv at the end of March, are announced as the head of the American diplomacy Antony Blinken makes a surprise visit to kyiv with the promise of a new tranche help.

Antony Blinken made the trip in secret, for this second visit to kyiv since the start of the Russian invasion launched on February 24 and stopped thanks to Western arms supplies.

In total, Washington pledged some $2.8 billion more in support to Ukraine and other countries in the region. Of this sum, 675 million will go directly to kyiv in the form of deliveries of armaments, ammunition and Himars artillery systems which have already enabled kyiv to hit Russian supply lines far behind the front line.

For the remaining 2.2 billion, they will be paid as loans and subsidies to Ukraine and 18 other countries feeling threatened by Russia, for the purchase of American weapons.

Among the eligible countries are Georgia and Moldova, which have areas on their territory controlled by pro-Russian separatists, as well as the Baltic countries and Bosnia, where tensions are growing with the Serbian leaders.

In kyiv, Mr. Blinken began by visiting a hospital treating child victims of war, together with his Ukrainian counterpart Dmytro Kouleba. "I brought some friends," he told the young patients, bringing them stuffed animals.

He then spoke with Mr Kouleba before a meeting with Ukrainian President Volodymyr Zelensky.

"The secretary really wanted to come (to Kyiv) because this is really an important moment for Ukraine," said an American official accompanying Mr. Blinken, on condition of anonymity.

“All security assistance is aimed at ensuring that Ukraine succeeds in its counter-offensive”, which would be “very significant for the rest of the war”, underlined the American official.

A few hours before Mr. Blinken's arrival in kyiv, Secretary of State for Defense Lloyd Austin had welcomed the "obvious success" of Ukrainian forces on the battlefield.

Present at the Ramstein military base in Germany, he was to take part in a meeting with representatives of more than 40 countries and NATO Secretary General Jens Stoltenberg, devoted to the challenges posed by arms deliveries, which are crucial for the Ukraine.

On the ground Thursday, the city of Kharkiv was again targeted by Russian bombardments in the morning, killing two and wounding five, according to the governor of the region Oleg Sinegoubov.

Three other people have been killed and five injured in the past 24 hours in the Zaporizhia region, in the south of the country, and seven others have died in Donetsk, in the industrial east.

The Russian army, for its part, assured that it would continue to inflict "heavy losses" on the Ukrainians.