Ukraine: an app to report Russian drones, the latest invention of the kyiv army

As Iran supplies Russia with kamikaze drones flying over 180 km/h towards their target, Ukraine is responding by now involving "every citizen in the country's anti-aircraft defense", in the words of the department Strategic Communications of the Office of the Commander of the Armed Forces of Ukraine. 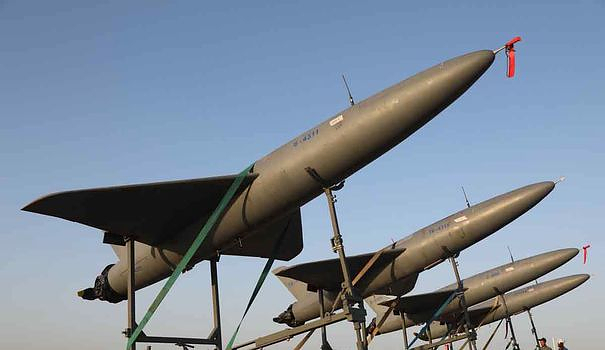 As Iran supplies Russia with kamikaze drones flying over 180 km/h towards their target, Ukraine is responding by now involving "every citizen in the country's anti-aircraft defense", in the words of the department Strategic Communications of the Office of the Commander of the Armed Forces of Ukraine. To do this, the government has launched an application on mobile phones allowing citizens to spot enemy flying machines and transmit their position to the air defense forces.

Called ePPO - abbreviation of eAir Defense Observer - the application is currently available via the Android operating system, and will be available in a few weeks on iOS. Concretely, how does it work? Once downloaded, the application asks you to go through a quick authorization process, then offers you a "test", before triggering the system for real. If you see a suspicious air vehicle (drone, missile, plane...), just point your phone at it and press the red button. The geographical coordinates of the device will then be sent to Ukrainian air defense specialists, who will try to neutralize it.

Before sending the position of the device, it is nevertheless necessary to have specified which device it was. To help the user recognize it, the app offers a basic guide to tell them apart. If we take the example of the Iranian kamikaze drone Shahed-136, the text specifies the shape of its wings as well as the noise it makes.

To protect "the beautiful blue sky of Ukraine", as the application's introductory text describes it, the accountability of all citizens appears necessary to the authorities, who know that Russian stocks of missiles remain large and that the Iran is stepping up its support for Moscow. Also, it is a way to launch a new appeal to the West, which, according to the Ukrainian military, does not provide enough missile defense weapons. Lt. Gen. Ihor Romanenko even told Le Monde newspaper that Ukraine would have "won the war in a few months" if kyiv's allies had provided enough anti-aircraft systems. While asking for help from its citizens, Ukraine does not forget to remind them that their security remains essential, and that on hearing a suspicious sound, they must go to the quickly in the specially equipped shelters.