"Yes, we should approach 2023 with enough financial support for Ukraine," Ms Georgieva said in Brussels on the sidelines of a conference organized by the European Commission. 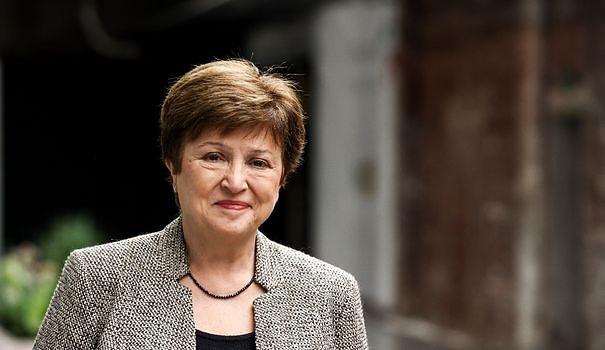 "Yes, we should approach 2023 with enough financial support for Ukraine," Ms Georgieva said in Brussels on the sidelines of a conference organized by the European Commission.

"As we look to next year, the needs are great, but they are not completely out of step with the situation so far," she continued, adding, however, that the outlook remained uncertain.

With Ukraine's economy devastated by eight months of Russian offensive, President Volodymyr Zelenksy has appealed to international lenders to fill his country's $38 billion budget hole for 2023.

The IMF has estimated Ukraine's monthly financial needs for 2023 at three or four billion euros, or even five billion if the war-related destruction worsens.

Westerners insist on the importance of keeping this war-torn country on its feet. German Chancellor Olaf Scholz called for a "new Marshall Plan for the 21st century" at a conference on Ukraine in Berlin earlier this week.

But the ability of Ukraine's economy to survive unless Kyiv's allies act quickly is uncertain. The United States and the European Union have pledged funds to keep Ukraine's budget afloat next year.

"And of course, at the IMF, we are working on a program for Ukraine (...) the world has mobilized", she said, underlining "the incredible resilience of the Ukrainian people".

These commitments, however, come with question marks.

The European Union, for example, has yet to disburse the full €9 billion pledged for this year, with member states disagreeing over what form that aid should take, grants or loans.

Aid fatigue is also being felt in Washington, where the Republican leader in the lower house of Congress, Kevin McCarthy, has warned that his party will no longer sign a "blank check" to Ukraine. he won, as polls predict, a majority of House of Representatives seats in the November 8 election.

Ukraine received $35 billion in grants and loans in 2022, "most of which has already been disbursed", Georgieva said.

"The Ukrainian government has done an incredible job of managing the economy in such a way that certain sectors are growing again," she said.

For Ms Georgieva, the courage shown by Ukrainians "has made Ukraine a better country", which is undergoing profound changes, such as accelerated technological advances.