Ukraine: a former Russian soldier flees the mobilization order out of "disgust"

"I don't want to kill my Slavic people, my brothers, my sisters," the 40-year-old told AFP from a modest hotel room in the Nordic country, where he arrived on Thursday. 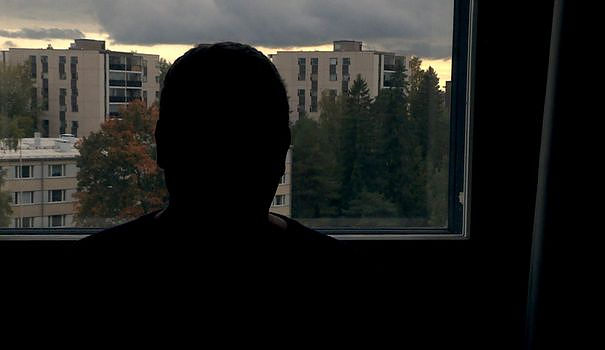 "I don't want to kill my Slavic people, my brothers, my sisters," the 40-year-old told AFP from a modest hotel room in the Nordic country, where he arrived on Thursday.

"I have a physical disgust to be in the presence of our Russian citizens who support the war", explains the one who is today a computer engineer.

Born in Crimea, a peninsula in southern Ukraine annexed by Russia in 2014, Alex testifies without his full identity being revealed, for fear of the consequences for his wife and daughter whom he had to leave behind in Russia.

"They are hostages, if my face appears they risk prison," said the former soldier.

Because of his past as an officer, Alex fears being among those whom Russia wants to mobilize for the Ukrainian front. "I was in the army for eight years (...) I have the rank of officer. I am the first threatened", he pleads.

For him, "everything changed" when he took part in a demonstration in Saint Petersburg the day after the mobilization was announced and saw that so few of his fellow citizens were taking part.

It was then, he says, that he realized that there was "nothing more for Russia to do" and convinced himself that the country was going to collapse: "I know what that the Russian army is from within, I am deeply convinced that Putin will lose".

"Slaves who don't want to fight will never defeat anyone in their life," says the former officer.

Born in Sevastopol, Crimea, before the fall of the USSR, Alex had a Ukrainian passport for a time, but he was unable to keep his dual nationality when he began his military career.

Today, his parents consider him a "traitor" and he "wouldn't be surprised" if his mother reported him to the FSB, the Russian intelligence service.

In July, as soon as the Covid-19 border restrictions were lifted and entry into Finland became possible again, Alex started working for a network of volunteers called "Rubikus", which helped forcibly evacuated Ukrainians Russian side to leave Russia.

For this purpose, he obtained a Schengen tourist visa to drive Ukrainians to Finland and Estonia.

Worried by Helsinki's decision to soon block the entry of Russian citizens with these visas, Alex's voice quivers as he talks about Ukrainians trying to flee.

Faced with an influx of Russians at its border since Vladimir Putin's mobilization order on Wednesday, Finland announced on Friday that it would "significantly restrict" their access to the Nordic country, which has already become a transit point this summer for the rest. from Europe.

Although Alex says he understands Helsinki's concerns, he thinks it's a mistake. "Most people who cross the border (...) do not want to kill, do not want to serve the regime," said the former officer.

For him, the West should not blame every Russian for the war in Ukraine. By closing the border, the West "rejects" the Russians "who still believe in it".

Today Alex is doing his best to exfiltrate his family from Russia. With one certainty: that of never wanting to live there again.