"A chancellor can't control the markets, but what I can do is show that we can fund our plans on tax and spending and that's going to take some very tough decisions," Mr Hunt told Sky News. 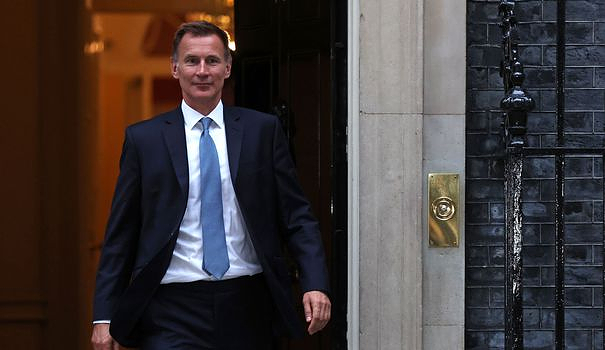 "A chancellor can't control the markets, but what I can do is show that we can fund our plans on tax and spending and that's going to take some very tough decisions," Mr Hunt told Sky News.

Jeremy Hunt was appointed by Conservative Prime Minister Liz Truss on Friday to replace Kwasi Kwarteng, who was sacked amid an economic and financial crisis that has turned into a political crisis within the Conservative Party.

This close friend of Rishi Sunak, former finance minister of Boris Johnson and opponent of Liz Truss in the campaign for Downing Street, has the mission of taking over the mini-budget announced on September 23 by his predecessor and very badly received by the markets. , a good part of the Conservative Party and the British population.

He felt that "mistakes" had been made in this mini-budget which provides for massive spending and tax cuts without clear funding.

"The Prime Minister recognized (these mistakes), that's why I'm here," he said, adding that he shared the "fundamentals" of his economic project.

"I want to be honest with people: we have difficult decisions to make, the last few weeks have been very difficult," he insisted during his first public speech as Chancellor of the Exchequer.

He notably announced that “spending will not increase as much as people would like” and that he was going to ask “all ministerial departments to be more efficient”.

"Some taxes will not be reduced as quickly as people would like", and "some taxes will increase" he added, alluding in particular to the new concession announced Friday by Liz Truss.

The Prime Minister had to give up keeping the corporate tax rate at 19%, resigning herself to maintaining the increase to 25% planned by the previous Conservative government.

Two weeks ago, she had already had to abandon a tax cut for the richest households, in the face of the bronca aroused, including within the conservative party.