Lucy Letby, 32, who worked in the neonatology unit of the Countess of Chester hospital (north-west of England), and appeared in Manchester, denied the murders of five little boys and two little girls and the 10 murder attempts between June 2015 and June 2016. 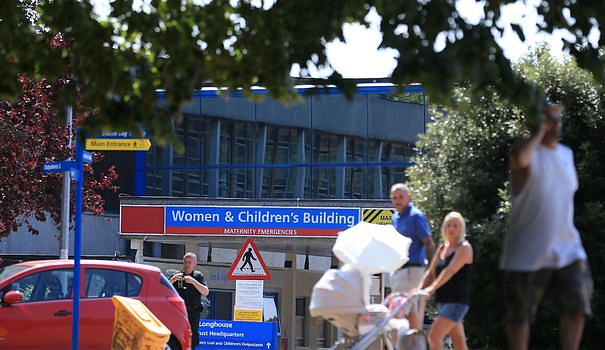 Lucy Letby, 32, who worked in the neonatology unit of the Countess of Chester hospital (north-west of England), and appeared in Manchester, denied the murders of five little boys and two little girls and the 10 murder attempts between June 2015 and June 2016.

On the second day of the trial on Tuesday, prosecutor Nick Johnson recounted how two babies were killed six days apart.

The first, identified as "baby C", a 5-day premature baby who weighed 800 grams at birth but whose state of health was considered satisfactory, died on June 15, 2015 after an air injection in the stomach, through a nasogastric tube, which had prevented him from breathing and caused cardiac arrest.

Lucy Letby was on night shift, and the only one in the room where "Baby C" had suddenly fainted.

"What we're going to see is that the method of attacking babies in the neonatal unit was starting to develop," the prosecutor said.

"She had injected air into the blood of twins A and B, and varied her approach by injecting air into baby C through the nasogastric tube."

On the second day of the trial scheduled to last six months, he said that Lucy Letby had searched Facebook for information on the family of "baby C" a few hours after his death. It was "one of the first things she did when she woke up," he claimed.

A third victim, "baby D" died on June 22, a few hours after his birth by caesarean section, in his father's arms, again by injecting air into the blood. The little girl had suffered three illnesses during the night, the last fatal. "Tragically, her bad luck was that Lucy Letby was working that night in the neonatal unit," the prosecutor said.

After this death, the nurse had sent "many messages" to friends to explain that the deaths and discomfort of newborns could be explained by natural causes.

Another twin, "baby E" will also die from an air injection in the blood on August 3, 2015, according to the prosecutor. The next day, the nurse had written “fraudulent notes (…) intended to cover herself”. Again she will seek information on the parents of her little victim on social networks.

The day after the death of "baby E", the accused will also try to poison her twin with insulin, added to the bag of fluids which fed him. He will be saved.

The prosecutor also told jurors how the nurse had tried three times in September to kill a premature baby girl, who weighed 510 grams at birth but had just passed the 100-day mark. She had given him an excessive dose of milk by tube in addition to an injection of air. The baby survived, "severely disabled".

On Monday, he explained that the hospital's neonatal unit had observed a "significant" increase in the death rate and the number of infants losing consciousness from January 2015 and for 18 months.

"There was a poisoner on the ward of Chester Hospital," he said.

Pediatric consultants were concerned about this increase in deaths, and had "noted that deaths or fainting had a common denominator (...) "the presence of a nurse (...) Lucy Letby", had explained the prosecutor, pointing out that many of the deaths had taken place at night, when she was on duty.

Arrested and then charged in November 2020, after being questioned twice in 2018 and 2019, Lucy Letby must answer a total of 22 charges because she is accused of having tried to kill certain infants on several occasions.