Uganda: a fly to the rescue of farmers affected by rising fertilizer prices

Peter Wakisi is part of a program to breed and sell black soldier fly larvae, launched by a Dutch startup to help local farmers. 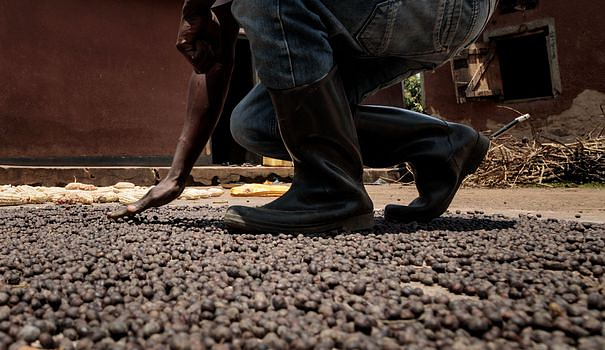 Peter Wakisi is part of a program to breed and sell black soldier fly larvae, launched by a Dutch startup to help local farmers.

These tiny larvae have an insatiable appetite for organic waste and their powerful stomach enzymes turn it into fertilizer.

Peter Wakisi raises several thousand of them in drums in his village of Kawoomya Nyiize in central Uganda. And the benefits exceed his expectations.

"The manure from the waste generated by the black soldier fly, mixed with organic waste and pig droppings, is harmless to the soil and costs much less than inorganic fertilizers, the prices of which rose with the war between Russia and Ukraine", explains this father of four children.

“Organic fertilizers have reduced the expenses I had for chemical fertilizers by almost 60%. My plants are healthier and the yields are better now,” he adds.

Especially since once the larvae hatch, he resells the insects to scientists three times the purchase price of the larvae.

This program is managed by Marula Proteen Limited, a Dutch startup based in the capital Kampala, and is partly funded by the government of the Netherlands.

“Soil that does not replenish its organic potential eventually becomes depleted and plant yields drop dramatically,” he points out.

For Scola Namataka, a single mother living in the village of Nakirubi in Kayunga, it was unthinkable to raise insects known to feast on excrement.

"I said it was not possible to raise these maggots," says this 30-year-old, thrusting her hand into a canister to pull out a handful of wriggling larvae.

But with cash flow increasingly scarce and the soil on the family farm increasingly poor, she had little choice when she heard about the program in March.

Since enrolling, her crops have been thriving, she says. And she even got used to the pungent smell of the larval rearing facility in her garden.

Since the war in Ukraine, the black soldier fly has emerged as a real alternative for farms dependent on fertilizers, particularly in Russia.

The adult females lay hundreds of eggs during their two weeks of life and with the voracious appetite of the larvae - which multiply by 6,000 their initial size - there is little risk of running out of manure.

Marula Proteen also sells fertilizer to large companies, such as Clarke Farms, which owns 1,500 hectares of coffee plantations about 300 kilometers west of Kampala.

The Dutch startup has partnered with the municipality of the capital Kampala and it collects between eight and ten tons of waste a day, especially in markets, which is then used to feed the larvae.

"Enriching soils using organic nutrients is a sustainable process, building the resilience of soils that nurture plants," says Ruchi Tripathi, of the NGO Volunteer Service Abroad (VSO) which has partnered with Marulo Protein.

According to her, this little black fly is a solution to many problems.

It also enabled Peter Wakisi to rent a tractor, feed his children and pay school fees for his four younger siblings.

The father no longer has to worry about fertilizer prices, which continue to rise. "I gave up chemical fertilizers," he says.