UD Maracena knows exactly when it will debut in 2020/21 season, if everything goes according to plan. 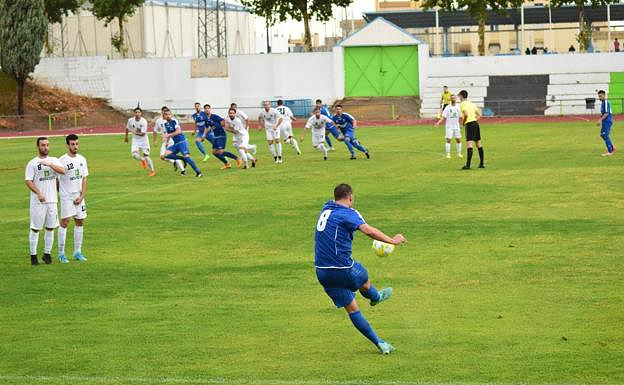 UD Maracena knows exactly when it will debut in 2020/21 season, if everything goes according to plan. According to the RFEF calendar, it will debut on the weekend of October 18, against CP Almeria away. The first home match of the campaign, against Almeria B, will be played a week later.

Due to the restructuring of the category, Jaime Morente's team will be using a different calendar. The Maracena team will take a break on the third day as it is the category of 11 teams. The fourth date will see the first duel against Huetor Tajar, a rival from Granada. The clash will then be followed by one against Loja, a rival from the same province.

Along with 10 teams from Almeria, Granada and Jaen, the Maracen team is framed within subgroup 1 in Group IX of Third Division. This new division leaves us with a brand-new category. All teams will play in a league phase, where they will compete in two rounds. The top three teams will be promoted to the RFEF Second Division after this phase. They will be promoted to the RFEF Second Division in the same promotion phase by a play-off, from fourth through sixth. The rest of the classified will need to fight to not descend in the Second Phase to Permanence.

The Federation has a clear plan of action in case it occurs again, as happened last season. The Delegated Commission must find a solution to promotions and relegations if it happens before June 30. This is only possible if at least half the competition matches have been played.

‹ ›
Keywords:
MaracenaConocePrimerosRivalesTemporada
Your comment has been forwarded to the administrator for approval.×
Warning! Will constitute a criminal offense, illegal, threatening, offensive, insulting and swearing, derogatory, defamatory, vulgar, pornographic, indecent, personality rights, damaging or similar nature in the nature of all kinds of financial content, legal, criminal and administrative responsibility for the content of the sender member / members are belong.
Related News