Two weeks before the start of the World Cup, the protests are getting louder and louder

The protest against the 2022 World Cup in Qatar and its circumstances is visibly increasing in the German fan curves - and the associations also do not want to be dictated by Fifa to only talk about football. 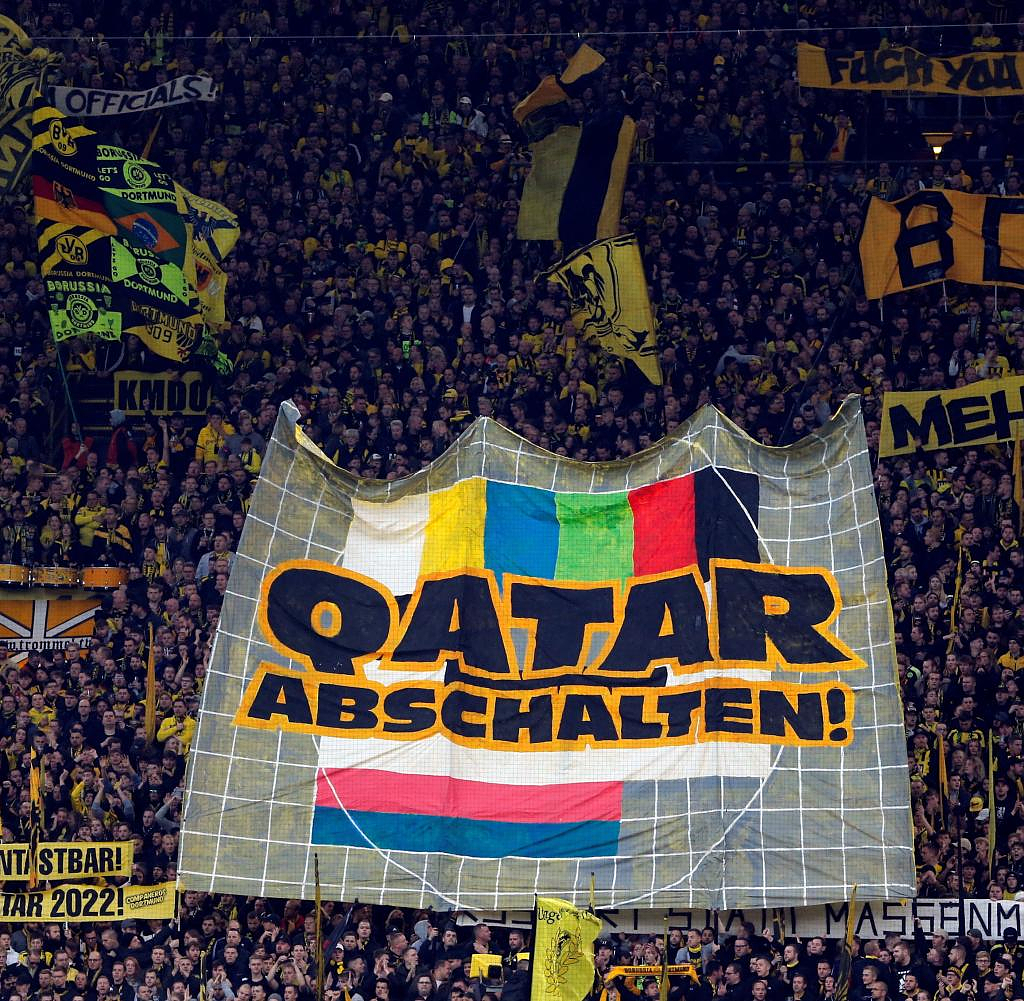 The protest against the 2022 World Cup in Qatar and its circumstances is visibly increasing in the German fan curves - and the associations also do not want to be dictated by Fifa to only talk about football. The German Football Association published a statement on Sunday that had previously been coordinated with nine other European associations. It said: "We will continue to support momentum for positive, progressive change and remain committed to a compelling outcome on the two crucial and open issues that we have long debated with Fifa."

FIFA had sent out a letter this week which, according to Sky News, said: "We know that football does not live in a vacuum and we are equally aware that there are many challenges and difficulties of a political nature around the world . But please don't allow football to be drawn into every ideological or political struggle there is." Both the DFB and the world association had confirmed that such a letter existed.

In addition to Germany, associations from Belgium, Denmark, England, Norway, Portugal, Sweden, Wales, Switzerland and the Netherlands were also involved in the response, which contained no clear criticism of FIFA and the much-discussed letter. Specifically, the two topics are about a compensation fund for guest workers and the concept of a guest worker center to be set up in Doha.

The associations welcomed Qatar's progress with regard to the rights of guest workers and the promises made that all fans - including those from the LGBTIQ community - would be safe at the World Cup. They also agree with FIFA that diversity is a strength. “However, the commitment and commitment to diversity and tolerance also means supporting human rights. Human rights are universal and applicable everywhere,” it said.

That's not enough for the fans in Germany. In their curves they openly call for a boycott of the world's largest football tournament. "15,000 deaths for 5760 minutes of football! Shame on you, ”was read on banners in the Berlin Olympic Stadium on Saturday. The Dortmund fans also called for a boycott in huge black letters on a yellow banner that filled the entire stand.

The World Cup in the emirate has long been criticized for human rights violations and the treatment of workers from other countries. Fatal accidents have also occurred on construction sites in the past. The emirate's government refers to its own reforms and rejects some of the criticism

DFB President Bernd Neuendorf and Federal Minister of the Interior Nancy Faeser (SPD), who had only traveled to Qatar this week, questioned a television boycott. In a joint interview, they both said they wanted to leave it up to everyone to decide whether to watch games on television.

"A television boycott does nothing at all," said Faeser and asked: "Isn't the World Cup something that many people want to enjoy in front of the television?"

Faeser himself announced that he would travel to Qatar again for the first German World Cup game on November 23 (2:00 p.m.) against Japan.

‹ ›
Keywords:
Fußball WM 2022KatarDeutschland FußballnationalmannschaftDFB (Deutscher FußballBund)FifaJapanVfL BochumBerlin OlympiastadionReise
Your comment has been forwarded to the administrator for approval.×
Warning! Will constitute a criminal offense, illegal, threatening, offensive, insulting and swearing, derogatory, defamatory, vulgar, pornographic, indecent, personality rights, damaging or similar nature in the nature of all kinds of financial content, legal, criminal and administrative responsibility for the content of the sender member / members are belong.
Related News