The loss of control of the House of Representatives and the Senate on November 8 would be a heavy defeat for the tenant of the White House, who in the polls benefited until recently from an upturn, undermined by the economic difficulties of the 'America. 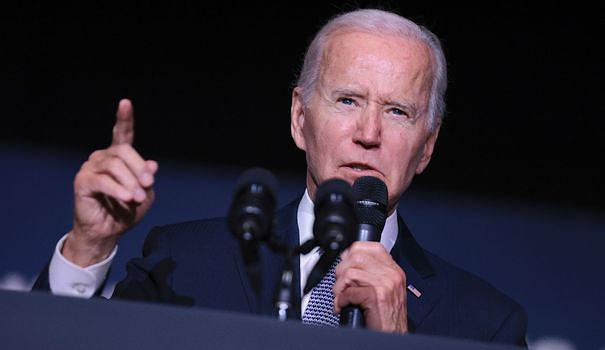 The loss of control of the House of Representatives and the Senate on November 8 would be a heavy defeat for the tenant of the White House, who in the polls benefited until recently from an upturn, undermined by the economic difficulties of the 'America.

Gas prices, groceries, Halloween candy... the Republican opposition slams Joe Biden and his party's record on inflation on a daily basis -- by far the number one concern of American voters, according to opinion polls.

During these midterm elections, the "midterms", the Americans are called upon to renew all of the 435 seats in the American House of Representatives and a third of the Senate. A whole series of governorships and local elected officials are also at stake.

Organized two years after the presidential election, these elections become a de facto referendum on the occupant of the White House. The president's party rarely escapes the sanction vote. According to the most recent opinion polls, the Republican opposition has a very good chance of taking over the Chamber. Pollsters are more mixed about the fate of the Senate.

Faced with growing dissatisfaction with inflation and the risk of a recession that is reducing the chances of such an electoral success, the Democratic leader is counting on the indignation triggered by the Supreme Court's about-face on abortion to make the full of voices left and center.

Is it by defense of these values, or on the contrary by rejection of the policy of the president? Nearly 8 million people have already voted in the "midterms" early according to the US Elections Project, especially in the most contested states.

Concretely, the battle for control of Congress is being played out in a handful of key states – the same ones that were already at stake in the 2020 presidential election.

All the spotlights are thus on Pennsylvania where the superstar surgeon Mehmet Oz, dubbed by Donald Trump, faces a bald colossus who never takes off his sweatshirt, the Democrat John Fetterman, for a seat in the American Senate.

As in 2020, Georgia is also at the heart of all desires. Democrat Raphael Warnock, the first black senator ever elected in this state with a heavy segregationist past, is trying to get re-elected against Herschel Walker, a former African-American sportsman, also supported by the former president.

These breathless duels are fueled by hundreds of millions of dollars.

Arizona, Nevada, Ohio, Wisconsin and North Carolina are also the scene of intense contests, where the Democratic candidates are all opposed to Donald Trump's lieutenants.

The former tenant of the White House, surrounded by parliamentary or judicial inquiries, threw himself headlong into the campaign, multiplying meetings across the country. These elections serve as a life-size test for the political future of the Republican billionaire, who openly flirts with a presidential candidacy in 2024.

Joe Biden, president soon to be in his eighties, with declining mental agility according to his fiercest detractors, also repeats that he "intends" to be a candidate again, foreshadowing a possible remake of the 2020 duel.