Two new arrests were made in the Netherlands last hour in connection with the investigation into the death of Peter R. 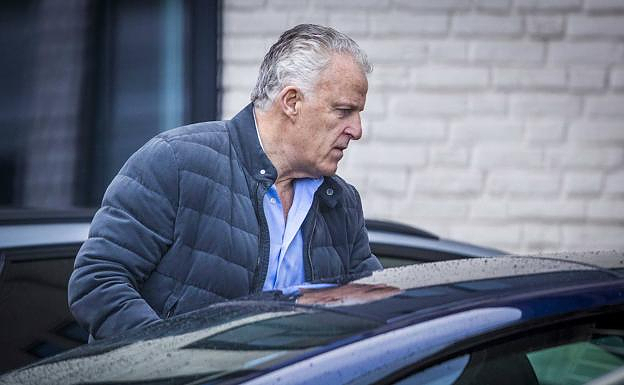 Two new arrests were made in the Netherlands last hour in connection with the investigation into the death of Peter R. de Vries, an investigative journalist. One was by the National Police Corps of Barcelona, the other on Curacao in the Caribbean. Both are under Dutch sovereignty. According to the Amsterdam Prosecutor's Office a 26-year old Dutch citizen, whose identity has not yet been released, was arrested in Barcelona while an overseas national of the same nationality, was taken into custody in the overseas territory.

Both men are suspected in De Vries' death. He was shot in Amsterdam in July last year as he left a TV studio. Nine days later, the reporter succumbed to his injuries.

Five people are currently in prison, all of them accused of being connected to the case. This includes the two perpetrators who were already tried. Next week, the verdict against these suspects will be known and the defendants could face a life sentence.

The Netherlands requested that a suspect criminal from Barcelona be extradited. This procedure is expected to take several weeks, according to the statement of the Netherlands Prosecutor's Office.

Police arrested a Polish national on Monday for organizing De Vries's assassination. This crime sparked anger and pain across the country. Krystian M. (27), was in prison for assassination attempts in Zeewolde in October 2021, according to the Dutch newspaper Het Parool.

‹ ›
Keywords:
DetenidosNuevosSospechososAsesinatoPeriodistaNeerlandesVries
Your comment has been forwarded to the administrator for approval.×
Warning! Will constitute a criminal offense, illegal, threatening, offensive, insulting and swearing, derogatory, defamatory, vulgar, pornographic, indecent, personality rights, damaging or similar nature in the nature of all kinds of financial content, legal, criminal and administrative responsibility for the content of the sender member / members are belong.
Related News