Holding their arms, hidden behind surgical masks, the son, 42, and the father, 71, listened to the long and overwhelming motivation of the Marseille criminal court. 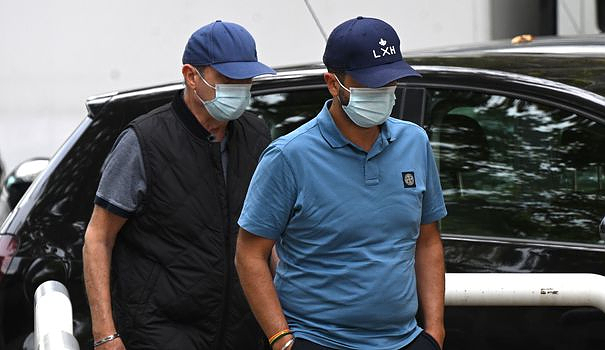 Holding their arms, hidden behind surgical masks, the son, 42, and the father, 71, listened to the long and overwhelming motivation of the Marseille criminal court. For the magistrates, the two men had set up a "system" of "uniform and systematized treatments", without medical justification, with the sole purpose of "diverting profits".

And the sentence was up to it: eight years for Lionel Guedj, five for his father. A decision welcomed by the applause of the hundred plaintiffs on the benches of the public. But this reaction was immediately interrupted by the president, Céline Ballerini, for whom we should "never be happy about a prison sentence".

Then the magistrate continued her long motivation, with a lot of pedagogy, explaining that these sentences are justified by "the number of victims", the duration of the facts (Editor's note: six years), "the very serious prejudice" to Social Security and the "very large sums committed to repair" these patients.

In issuing a permanent ban from practice, she felt they had "abused" a "respectable status of knowing who burdens" their cases.

"The penalty is heavy and open to criticism in terms of proportionality," commented Lionel Guedj's lawyer, Me Frédéric Monneret.

But for Noël Kouici, who "already" has dentures, at 52, "we were given justice, we were not left like people from the northern districts, we were respected".

Messaouda had 12 devitalized teeth in the Guedj cabinet: "It's good justice in which I no longer believed", she comments, relieved.

"They have reconciled with the institution", commented Me Marc Ceccaldi, lawyer for around sixty victims, for whom the "severity" of the sentences is "proportional to the seriousness of the facts".

A feeling of having been listened to, therefore, in the public, but also relief, because these convictions open the way to compensation, after ten years of waiting, especially since the Guedj will not appeal on civil interests.

- Highest paid dentist in the country -

Placed under judicial supervision since their indictment in November 2012, Lionel and Carnot Guedj had never spent a single day in pre-trial detention. Thursday evening they will spend their first night behind bars, in Draguignan prison, where they will be placed in solitary confinement.

Because it was better to keep them away from Marseille. Where Lionel Guedj had settled in 2005, in the northern districts, among the poorest in the city.

He had come to "scratch the CMU" (Editor's note: Universal medical coverage), had struck the prosecution at the hearing, in the spring, stressing that in 2010 this practitioner had become the highest paid dentist in France, with 2.9 million euros in fees.

According to a calculation by the prosecution, this young dentist described as pleasant had devitalized 3,900 healthy teeth between 2006 and 2012, without any therapeutic justification, out of 327 patients, for the sole purpose of placing very profitable bridges on them. He posed 28 times more prostheses than the average French dentist, estimated Social Security.

And the father "did not slow down" the son", "on the contrary he followed in his footsteps", estimated the president on Thursday.

Leaving the old barracks where this extraordinary trial was held, the police vehicle transporting them to their cells was accompanied by boos. Far from the serenity of the six weeks of debates, five months ago.