Two people were killed when a small-engine plane crashed in the parking lot of a circus in Duisburg on Sunday. 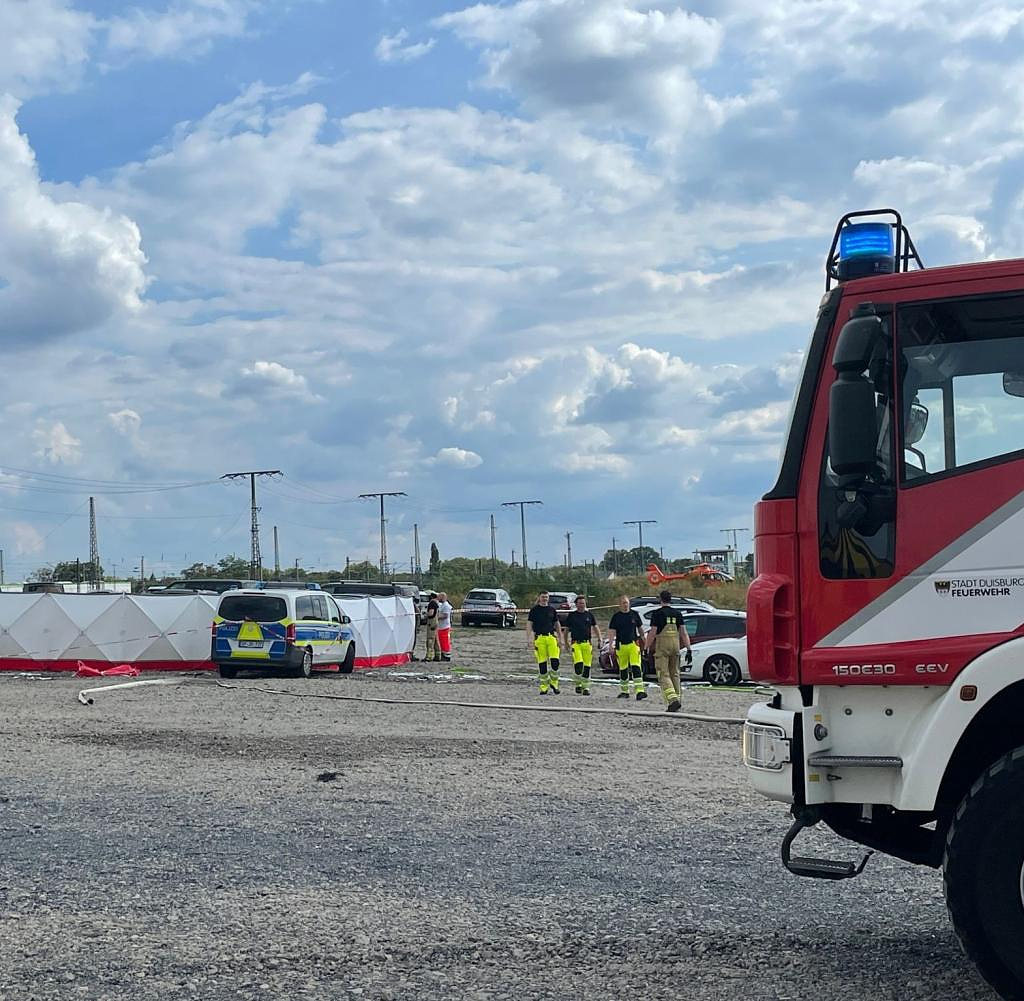 Two people were killed when a small-engine plane crashed in the parking lot of a circus in Duisburg on Sunday. A spokesman for the police in Duisburg told the dpa. The machine caught fire after the impact near the A59. It is not yet possible to say who the dead were. "Bild" had also reported on two fatalities.

The small plane crashed into the parking lot of the Circus FlicFlac near a freight yard. The wreck was shielded with privacy measures, reported a dpa reporter. Several parked cars caught fire. At least ten cars were damaged.

The police spokesman said it was still unclear whether there were other victims or whether people were injured. Nothing was known about the cause and exact course of the accident. Initially, after the incident in the afternoon, the operation focused on extinguishing the fire.

A cloud of black smoke rose above the scene of the accident. According to WDR, it is an ultralight aircraft. According to the dpa reporter, experts from the Düsseldorf district government were already on site about an hour after the incident. The area was cordoned off over a large area – also to keep onlookers away.

‹ ›
Keywords:
NewsteamFlugzeugunfälleDuisburgWDRPolizeiKrimiDüsseldorfBrand
Your comment has been forwarded to the administrator for approval.×
Warning! Will constitute a criminal offense, illegal, threatening, offensive, insulting and swearing, derogatory, defamatory, vulgar, pornographic, indecent, personality rights, damaging or similar nature in the nature of all kinds of financial content, legal, criminal and administrative responsibility for the content of the sender member / members are belong.
Related News