Two castles in Cazorla will be restored by the Board of Directors, which is allocated 750,000 Euros 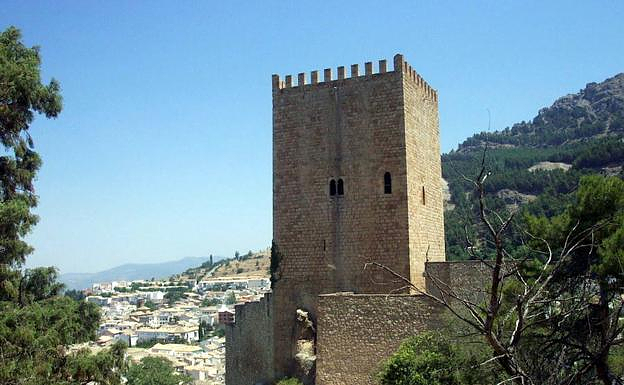 Felipe Lopez met with the Cazorla mayors and explained that improving these properties, which are owned by the Board of Directors, "pursues two outstanding elements in architectural heritage to inturn strengthen their public use, for use and enjoyment as citizens."

It is a consolidation which contemplates archaeological excavation. This will be complemented by an improvement in accessibility, conditioning the environment.

Felipe Lopez stated that the project's drafting will take place next year, and that work is expected to begin at the end 2020.

These two monuments are part of Andalusian Historic Heritage and require a restoration and enhancement.

The Castle of La Yedra was built on Roman remains in the 11th-12th century as a line of defense against the penetration routes to inland Andalusia. In fact, Cazorla gained an important military role in the 13th Century, when the Five Corners Castle was constructed, which was designated a BIC Monument for 1985.

It is situated at the Cazorla River's head, at the Salvatierra Hill's summit. Two structures are still standing: a walled enclosure that corresponded with the parade ground and a large pentagonal tower.

This intervention is part of the Program for the Rehabilitation of Heritage of Architectural Interest. The new Housing and Rehabilitation Plan consolidates a budget of 37 millions euros. Another 18 million are allocated for the program of public space (55 million).

‹ ›
Keywords:
JuntaDestina750000EurosRestaurarCastillosCazorla
Your comment has been forwarded to the administrator for approval.×
Warning! Will constitute a criminal offense, illegal, threatening, offensive, insulting and swearing, derogatory, defamatory, vulgar, pornographic, indecent, personality rights, damaging or similar nature in the nature of all kinds of financial content, legal, criminal and administrative responsibility for the content of the sender member / members are belong.
Related News