"About 50% of the staff will be affected" by the layoffs in progress within Twitter, according to a document sent to employees of the social network who were thanked on Friday and consulted by AFP. 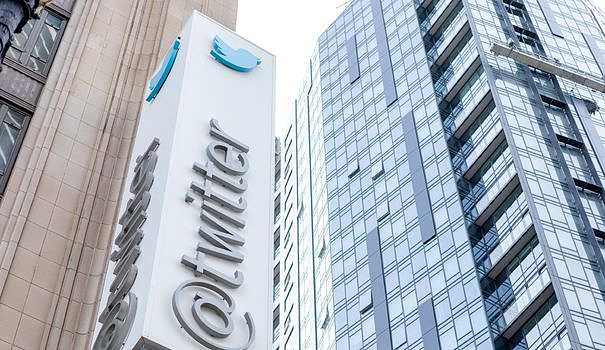 "About 50% of the staff will be affected" by the layoffs in progress within Twitter, according to a document sent to employees of the social network who were thanked on Friday and consulted by AFP.

The Californian company, which had nearly 7,500 employees at the end of October, notified thousands of people by email and announced the temporary closure of its offices.

"As announced earlier today, Twitter is reducing its workforce to help improve the health of the business. These decisions are never easy and it is with regret that we write to let you know that your position at Twitter is impacted. Today is your last day of work (...)", indicates one of these emails, consulted by AFP.

Thursday evening, Twitter wrote to all its employees to warn them of the upcoming layoffs, telling them that the offices would be "temporarily closed" and badge access "suspended", in order "to ensure the safety of each employee as well as that of Twitter's systems and data".

As of last Thursday, when Elon Musk took control of the company, he had dissolved the board of directors, fired the executives, assumed the position of chief executive and took the company off the stock exchange.

Shortly after the layoffs were announced, Twitter employees took to the social network to announce the removal of their posts, sometimes using the hashtags

“All my thoughts, my respect, my energy and my love to the tweeps (nickname of Twitter employees, editor’s note) around the world today. We have built together the most incredible application on the planet”, for example wrote Friday Damien Viel, the general manager of Twitter France.

Overnight Thursday, five recently fired Twitter employees filed a class action lawsuit against the company for not receiving the 60-day notice period required by US law for layoffs. (Warn Act), according to the text of the complaint consulted by AFP.

Managers, and the marketing and design departments seem particularly affected, according to an employee who wished to remain anonymous.

Elon Musk, who first renamed himself "Chief Twit" ("twit" meaning "moron" in English), then "Twitter hotline switchboard operator", brought in Tesla developers on Friday to switch to reviews the work of Twitter employees.

He also launched the overhaul of several products, including the paid subscription and the account authenticity verification system, and imposed a sustained pace. Several engineers slept in the office some nights.

The change in corporate culture is therefore confirmed - several executives resigned on their own this week and more than 700 people have already left this summer, of their own free will, according to an employee.

“We are witnessing the real-time destruction of one of the most powerful communication systems in the world. Elon Musk is an unpredictable and inconsistent billionaire, he represents a danger to this platform which he is not qualified to lead” , responded Nicole Gill, co-founder of Accountable Tech, one of the NGOs that called on advertisers to put pressure on the new boss.

Because the libertarian entrepreneur advocates a vision of freedom of expression which requires relaxing the moderation rules for the content of the platform, risking, according to his critics, to open the door to a resurgence of abuse (harassment, speech hate, misinformation, etc.).

On Friday, Musk blamed Twitter's revenue slump on "a group of activists who pressured advertisers even though nothing changed with content moderation and we did everything to appease the activists."

"It's really nonsense! They are trying to destroy freedom of expression in America," added the bubbly fifty-year-old.