Twitter: how Elon Musk uses polls to organize the return of the banned

It is the method of an impulsive, wanting to make Twitter the modern forum of a modern democracy. 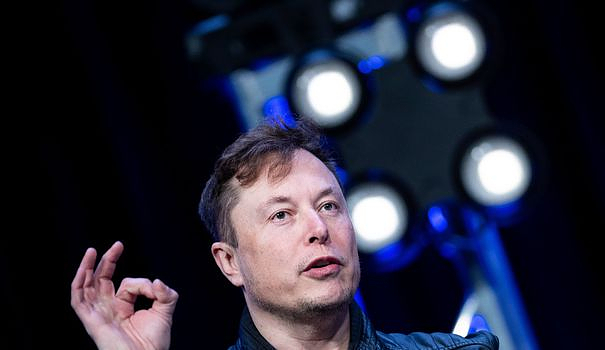 It is the method of an impulsive, wanting to make Twitter the modern forum of a modern democracy. For Twitter to regain its vocation as a "digital public square", Elon Musk believes that all opinions must be able to be represented there. Thus, according to him, every citizen, with the exception of those who have "broken the law or sent spam in an outrageous way", has the right to a life on Twitter. It remained to find a quick way to ratify this policy.

This Wednesday, November 23, the boss of Tesla therefore directly asked his Twitter community if they wanted "the reinstatement of accounts suspended by the platform". And the next morning, the results were announced. The return of the banished was approved by 72.4%, out of a total of 3,162,112 voters. "The people have spoken. Amnesty starts next week. Vox Populi. Vox Dei," Musk tweeted, happy to see that the voices of the people had mingled with his own. Follower of the binary question - a few days ago he asked employees by email whether or not they wanted to be part of the new Twitter adventure - the American multi-billionaire has found, with the survey tool, a method that is both democratic and dictatorial. Admittedly, people can express themselves directly, but this process has no scientific legitimacy, the representativeness of all network users not being guaranteed. No matter, Elon Musk intends to govern by this means. On Saturday November 19, he had already proposed a poll on the restoration of Donald Trump's account. With 51.8%, a narrow majority was in favor of the return of the former president, and his potential public insults.

As democracy requires, the will of the majority prevails. Whether it is the best remains to be seen. Opening the doors of freedom of expression very wide is not without worrying certain users, such as those from minorities, who fear seeing their presence in the "digital public square" threatened. "What Musk is doing poses an existential threat to many marginalized communities," Alejandra Carabello, a professor at Harvard's Cyberlaw Clinic and transgender activist, told The Washington Post.

During his takeover of Twitter, Elon Musk had however announced that the reinstatement of suspended accounts could only be done after the meeting of a moderation council. But that idea fizzled out. In reaction to the decision of certain brands to suspend their advertising expenditure, such as Volkswagen or General Motors, Elon Musk abandoned an idea that he had precisely considered to avoid their departure, and in no case to protect users. If the basic method raises questions, the concrete implementation of the reinstatement of suspended accounts raises a problem. With nearly half of Twitter's workforce gone, how can the company effectively sort out the accounts entitled to return from those destined to remain banned? Especially since the grounds for exclusion vary from one country to another. After the virtual decisions, Elon Musk will have to face the reality of his obligations.